You know the drill, right?  So let’s roll!

Sooo…No official logo so far. No official shot of Battinson with the Batsuit on. No Batmobile yet. When do you think we’ll get some beef?

Does WB have the guts to give BIRDS OF PREY a sequel based on positive reception despite weak box office? (How’s THAT for a loaded question?)

JETT SAYS: Well, they are certainly in the Margot Robbie business, so I’m sure we’ll see more of her Harley Quinn (THE SUICIDE SQUAD notwithstanding).  Maybe they go the “Gotham City Sirens” route next time as opposed to “Birds of Prey.”  It’s going to end up making money because the budget wasn’t that big, so they might give it another go. I think the biggest problem with the movie is the title — which should’ve been HARLEY QUINN AND THE BIRDS OF PREY from the getgo — and the fact that early ticket sales didn’t take place all that early.

Rated R Batman movie? Are we there yet? Could we finally have one?

JETT SAYS: I’m personally not in favor of it because you can “get away,” if you will, with a lot nowadays with PG-13 — look at THE DARK KNIGHT for example.  But I did address it recently on BOF RIGHT HERE.  Check it out…but keep in mind I was mostly playing devil’s advocate.

Bill, what did you think of Reeves’ video of Pattinson [as Batman]?

JETT SAYS: Check this out…

Name three things you’d like to see in a Batman movie that we’ve never seen before. Follow up: how likely are any of them to be in THE BATMAN?

JETT SAYS: 1) A grittier and more grounded film than what we saw in THE DARK KNIGHT TRILOGY, 2) Hugo Strange, and 3) a full-on Batcave with the trophies and various versions of the Batsuit.

ALSO READ: BOF’s Everything About THE BATMAN Page

Are Batman image releases being delayed so BOPATFEOOHQ aka HQ:BOP can have a little more time in the spotlight?

JETT SAYS: Apparently not!  (And I did tell you no on Facebook before Reeves released his “Camera Test” last week!)

Given that they are well underway on filming #TheBatman, do you think we’ll get a trailer for it along the lines of the teaser for #BatmanBegins attached to #WonderWoman1984 to remind the world that #TheBatmanIsComing? #BOFMailbag

JETT SAYS: I’m not sure, to be honest.  With THE DARK KNIGHT TRILOGY, a teaser was dropped a year prior to the release of each of those 3 films.  Of late, Warner Bros. hasn’t dropped one for a DC film until about 6 to 8 months prior (i.e. WONDER WOMAN 1984).  Also, Matt Reeves said that he was taking THE BATMAN to that big comic con down in Brazil this Fall ala WW84.  So it’s possible we don’t see the first full trailer until October-ish 2020.

Keep in mind that we’ve kinda already got a video teaser last week with Reeves’ Battinson reveal.  I suspect we’ll continue to get those sort of teases from Reeves going forward.

If THE BATMAN is a huge success, what are the chances of the movie getting a lot of awards and nominations at the Academy Awards? And, do you see Robert Pattinson getting the Best Actor award if his performance as Batman receiving a lot of positive reactions?

JETT SAYS: THE DARK KNIGHT changed the genre in 2008 and JOKER took it to another level in 2019.  We’ve seen 2 actors — Heath Ledger and Joaquin Phoenix — win Oscars for acting performances (ironically, both for playing versions of The Joker).  Anything is possible for comic book movies in that regard going forward.

Do we agree that if they continue with the DCEU with “Flashpoint” and another Aquaman [movie] etc., that the absence of an established Batman and Superman will do more harm than good?  So many stories they can tell for a mature Batman and all things the Easter eggs in BATMAN v SUPERMAN hinted at as a backstory.

The BvS/JUSTICE LEAGUE continuity is going to be ignored going forward as they were failures.

The things that worked — Gal Gadot’s Wonder Woman, Jason Momoa’s Aquaman, and Margot Robbie’s Harley Quinn — they kept.  They things they didn’t — the Henry Cavill’s Superman, Ben Affleck’s Batman, and the shared universe concept — they got rid of.

WB has said publicly that they are not focusing on a shared universe any longer and are only concerned about making good solo films helmed by strong filmmakers.

I believe that Leonardo DiCaprio as The Joker would be similar to Jack Nicholson getting the role back in 1989, star power-wise. Would Reeves’s possible trilogy be the chance for it to happen?

JETT SAYS: Getting Nicholson and his “star power” for The Joker back in 1988 (for BATMAN ’89) was a necessity at the time because, frankly, making a dark and serious live-action film was a HUGE gamble at the time.

Nowadays, Batman films don’t need “star power” in the form of casting because the star of the films is the character itself: Batman.

When it comes to the question of whether or not Reeves should use The Joker in one of his Batman films, I’d say that it would be a must. The Joker is Batman’s ultimate foe and should be included in a trilogy or whatever for it to be considered “definitive.”  So I suspect we’ll see Pattinson’s Batman square off against The Joker in one of THE BATMAN’s subsequent sequels.  As far as who plays the character, I’ll leave that up to Matt Reeves…but I don’t think his choice will be based on who would provide the most “star power.

Jett, not Batman-related but curious, as someone who lives in Texas what do you think of the Houston Astros?

JETT SAYS: Well, I’m not a  big baseball guy — I’m a football man — and the Rangers are actually my team.  If you’re asking about the whole cheating scandal, well, they got caught, were punished, and their World Series win will come with an asterisk in the annals of baseball history.  That’s the way sports go. 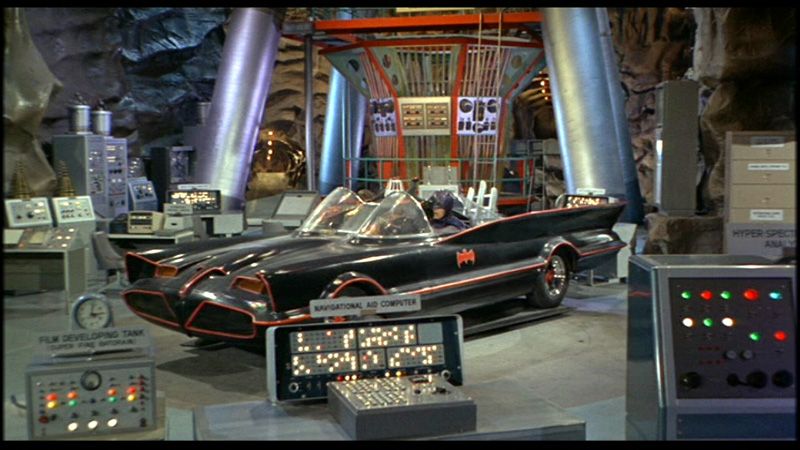 Which members of the Bat-Family do you hope to eventually see in Reeves’ films?

JETT SAYS: I’m not a “Batman-Family” fan to be honest — I prefer solo Batman.  With that said, I think some adaptation/version of Robin needs to be in any Batman story to be considered definitive and this time around, it’s gotta be Dick Grayson.

What’s your take on a mocap Justice League [movie]?

JETT SAYS: Dude, I came up with the idea YEARS ago! Check it out!

If MR is creating a Gotham where most villains are already established, what would be the best way to show that the Joker exists if he’s not going to be appear until the 2nd or 3rd film? Tv news report? Cell door with his name on at Arkham? #BOFMailbag

JETT SAYS: Man, there are a lot of ways to hint at the existence of The Joker and your suggestions would work well!  On the other hand, maybe he doesn’t exist just yet…he just knocking off mob bosses. 😉

Is there any way to do a realistic take on Mr. Freeze?

JETT SAYS: Oh hell yeah!  He doesn’t have to be literally frozen!

Are you bummed that we won’t see Margot Robbie’s Harley interact with Battinson? For me, she is perfect casting for Harley Quinn.

JETT SAYS: Nope, not at all.  I love MR as Harley and hope to see more of her in DC films in the future…just not in the Battinson-verse.  I don’t need everything to connect to enjoy it my good sir.

Do you think the new bat symbol will be an original looking one or from an already existing project? #BOFMailbag

JETT SAYS: I think we saw it already and I think it’s a bit of an homage to the original 1939 chest logo in DETECTIVE COMICS #27.