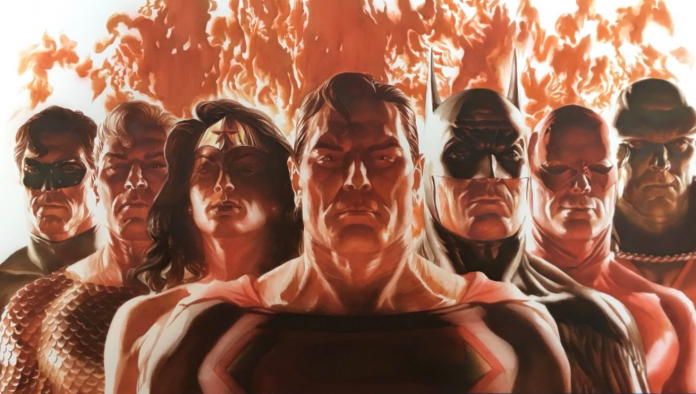 It’s been almost two years since JUSTICE LEAGUE hit theaters and was met with a resounding yawn/couldn’t care less by audiences around the globe and bombed, big time.

In hindsight, the reaction to and performance of JL seems apropos when it comes to Warner’s haphazard (and destined to fail due to multiple reasons) attempt to create their own shared comic book universe and get to their version of Marvel’s THE AVENGERS — JUSTICE LEAGUE — like yesterday…or ASAP.

As a result, Warner Bros. changed course when it comes to the direction of DC on film at the studio — no more shared universe/focus on solo film helmed by strong filmmakers — and the likelihood of Warner Bros. giving another go at a big-budget, live-action Justice League film anytime in the near future is somewhere between slim and none.

Furthermore, you can’t take it to the bank that Matt Reeves’ THE BATMAN and subsequent sequels starring Robert Pattinson aren’t building towards, well, anything other than a Batman trilogy of films.  And the same goes for the inaccurately monikered “DCEU” holdovers like Jason Momoa’s Aquaman, Margot Robbie’s Harley Quinn, and of course, the lovely Gal Gadot’s Wonder Woman.

Honestly, if and when another live-action JL movie, none of the folks mentioned in the previous paragraph will be part of it.  It’ll happen one day, but not in the aforementioned “near future.”

With all that said, I got an idea for a Justice League movie; in fact, it’s one that I have had now for over a decade and a half.  Want to hear it?  Here goes… 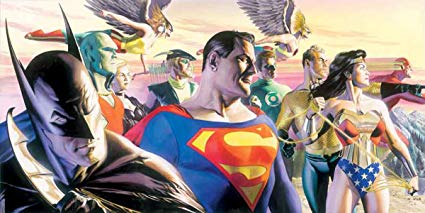 A Justice League film made via CGI animation/motion capture ala AVATAR.

Not only would such a big screen DC project be able to coexist alongside and not infringe on any of the live-action DC movies (Matt Reeves’ Batman films, etc.), but you could truly make it, ahem, “comic book accurate.”  Think of an aesthetic that’s very Alex Ross-ish, if you will.

As I said, I’ve had this idea going back to the early/mid-2000s and believed it was a viable option for Warner Bros. to make a Justice League movie that would feature DC’s biggest characters — Superman, Batman, Wonder Woman, etc. — but wouldn’t hamper what other filmmakers were doing with the live-action DC endeavors.

Going this route, WB and filmmakers wouldn’t have to worry about continuity and trying to make it all connect.  Additionally, there could be more than one big-screen version of a DC character at the same time — Robert Pattinson’s Batman in THE BATMAN films and the CGI/MoCap version in the JL movies, for example. 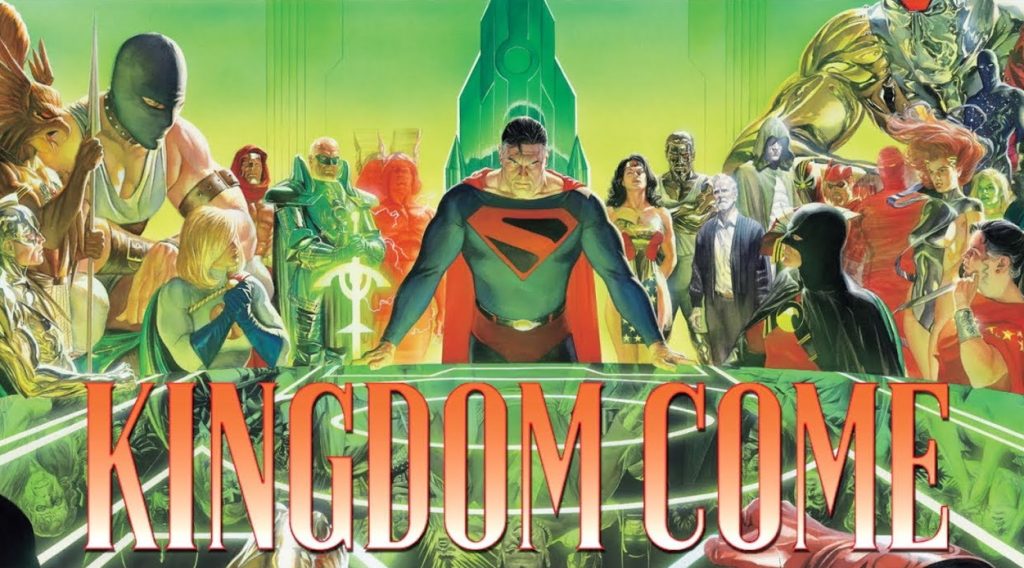 Heck, make it a trilogy.  Start with a Justice League “origin” movie and end with a film inspired by KINGDOM COME.

As mentioned, I’ve had this idea for 15+ years and came about as a result of  Warner’s bad decision to make a Justice League movie — George Miller’s JUSTICE LEAGUE MORTAL — at the same time as Christopher Nolan was making what would become THE DARK KNIGHT TRILOGY (as well as SUPERMAN RETURNS, which was meant to be Superman’s BATMAN BEGINS).  Naturally, Nolan wasn’t too happy with WB’s plan to have concurrent Batmen (Batmans?) on film and might not have continued on after THE DARK KNIGHT if MORTAL had come to fruition.

To me, this would be kinda a win-win for both the studio and fans.  We’d still be getting all the director-driven, less/not focused on a shared universe live-action stuff (along with other DC films like JOKER), and folks who want a big-screen Justice League movie won’t have to wait a decade or 2 to get one.

Also, there really hasn’t been a big, blockbuster type of comic book/superhero film done this way yet, right?  As a DC fan, I think it would be cool for Warner Bros./DC to be the first one instead of Disney/Marvel Films.

Well, what do you all think?  Is a CGI/MoCap Justice League feasible?  Would you be interested in such a movie?  Post your thoughts in the comments section below! – Bill “Jett” Ramey