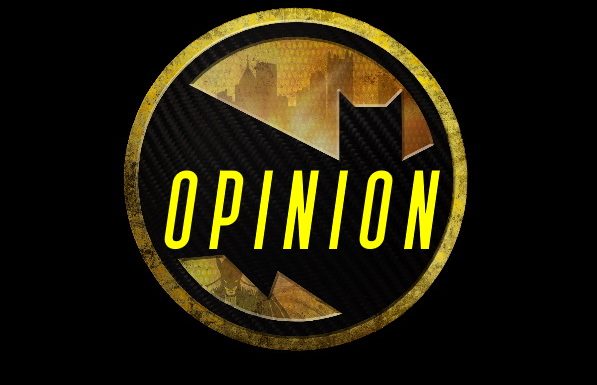 The saying is “You can’t please everyone.”

Well, under the leadership of Walter Hamada, Warner Bros. is certainly going to try when it comes to its DC superhero lineup of films.

While the panel and trailer for THE BATMAN stole the show and the headlines, Hamada made an announcement during last weekend’s DC FanDome event that should make every single DC movie fan dance for joy.

After months of debate amongst fans about what would and would not be considered part of the “DCEU” (a term never officially utilized by the studio by the way), Hamada announced the DC Multiverse.

What does this mean? Simple. Everyone gets exactly what they want and frankly, it’s a brilliant move by Hamada and the studio.

Looking forward to Matt Reeves’ vision of Batman and eager to leave the divisive DCEU films behind? Cool. THE BATMAN will be in its own world and be its own thing without having to worry about Aquaman, The Flash, Wonder Woman, or Superman.

Maybe you liked what Zack Snyder did with BATMAN v SUPERMAN.  Awesome. “The Snyder Cut” coming to HBO Max next year gives you more of that.  Kind of related to that, we’re getting WONDER WOMAN 1984 and AQUAMAN 2 as well.  Plus, early accounts say The Flash movie (FLASHPOINT) will reinvent this universe — though Mr. Snyder will no longer be creatively involved.

Did you love Joaquin Phoenix in JOKER? That’s even part of this too, according to Hamada!

Fan of Harley Quinn as portrayed by Margot Robbie? There’s now THE SUICIDE SQUAD in the gifted hands of James Gunn.

It took almost five years and a deeply divided fandom for Warners to come to this decision, but thank heavens they did.  This announcement allows them to hire filmmakers with their own visions for a character and let them play in the sandbox how they see fit. This means no more of the “Well, so-and-so is doing this so make sure you add this into your film so they connect” nonsense. Directors will be allowed to share their own visions with audiences and that’s a win-win for all parties involved.

DC’s heroes as a whole are much more artistic and grounded in quality versus the more fantastic kind of heroes in the Marvel universe and the studio finally has learned you can’t cookie-cutter the MCU into the DC world because it just won’t work (and it didn’t, despite what some fans want you to believe).

By adopting this Multiverse approach, Hamada finally got it right and the future for DC priorities on film could not look any brighter. Fans are no longer constrained to just one version of the DC universe on film at a time. While this doesn’t mean seeing multiple versions of the same character on film (Batman being the exception because, well, he’s the freaking Batman and DC’s top property!), it gives fans a choice and diversifies the portfolio for WB.

Not to mention the sheer amount of talent this could bring into the fold. WB’s reputation for meddling goes all the way back to the Tim Burton/Joel Schumacher Batman days and this new approach will bring all kinds of directors and actors who may have visions for characters not previously seen on film, like what Dwayne “The Rock” Johnson is doing with BLACK ADAM.

So to sum it all up, there may still be some fans that will stomp their feet and either demand one “true” universe” or will come up with some tinfoil theory on how “It’s all connected but they don’t want you to know it!”, but going forward with this path is the best for the studio, their directors, their actors, and the fans. Everybody gets what they want and we can finally all move forward together and maybe *just maybe* start to put some of this toxicity in fandom behind us.

That’s right, #TheBatmanIsComing…but so too are a bunch of other DC films that will be made by super talented people.

It’s a new era and it should be a glorious one. – Kris Burke

INJUSTICE VS. MASTERS OF THE UNIVERSE #5 Review by Garret Grev