WONDER WOMAN 1984 has moved released dates several times already due to the ramifications of the COVID-19 pandemic.  Already in 2020, it’s been moved from June 5th to August 14th, and then to October 2nd, and it’s now currently slated to bow on Christmas Day.  While I don’t think Warner Bros. will push it again, it’s certainly not guaranteed.

It now looks like Disney’s new MCU film — BLACK WIDOW — is looking for a new release date and it’s likely going to be in 2021.

Christopher Nolan’s TENET (another Warner Bros. film) was the first “big blockbuster” to be released during COVID-19 and very few people showed up to see it.  Why?  Well, not because it sucks, but it appears that people just aren’t ready to return to cinemas.

RELATED: THE BATMAN Has Resumed Filming

Right now, the next tentpole that remains scheduled for release is the James Bond film NO TIME TO DIE on November 20th.  If it stays there, will it suffer the same fate as WB’s TENET?  Quite possibly.

Remember, TENET was supposed to lead the way for audiences to return to cinemas, but audiences stayed home.  Do we really think things are going to be different for folks just a few months later?  Honestly, it wouldn’t surprise me if all 3 of these yet-to-be-released films I’ve mentioned so far get moved into 2021.

The kicker here is that even if a COVID-19 vaccine that works and is safe is developed by the end of this year, the experts say it’s going to be well into 2021 and perhaps even into 2022 before the world is inoculated and we are all safe from this F’n scourge. 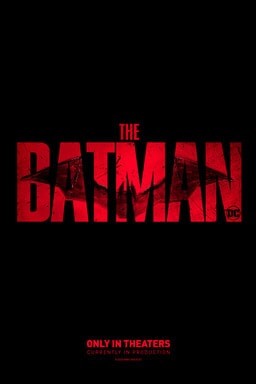 So, what about THE BATMAN?

Yes, I’m quite aware that we’re about a year and 2 weeks out from it’s (current) release date of October 1, 2021.  However, if the moviegoing world is still going to be off-kilter a year from now thanks to the MF’er known as the COVID-19 pandemic, wouldn’t it behoove Warner Bros. and Matt Reeves be proactive and move the film to 2022?

Look, I’m the last person in the world that wants to delay seeing THE BATMAN, OK?  But I also don’t want 10/1/21 to get here and have THE BATMAN suffer the same fate as TENET (and quite possibly, WONDER WOMAN 1984, BLACK WIDOW, and NO TIME TO DIE too).

Yes, that date is currently occupied by another of WB’s DC movies, THE FLASH.  And while I’m very excited for THE FLASH — especially (mainly) due to the return of Michael Keaton as Batman — it’s still a ways from going into production and can easily be pushed back to make room for THE BATMAN.

The bottom line is that yes, I’m dying to see THE BATMAN and would prefer a release date that is relatively soon. But I think I’d prefer one that is unlikely to have to deal with any COVID-19 restrictions.  If that means waiting another half year-ish to see it, so be it.