JANUARY: Catwoman is back and returns to being bad in DETECTIVE COMICS #203.

MARCH: How Batman’s famous headquarters – The Batcave – gets its own origin story in DETECTIVE COMICS #205.

JULY/AUGUST: Batman and Superman start appearing in stories together for the very first time in WORLD’S FINEST starting with issue #71. The Man of Steel and The Dark Knight even switch costumes in this issue’s story!

SEPTEMBER: Another member of the “Batmen of All Nations – the Native American version of Batman – Man-of-Bats is introduced in BATMAN #86. Man-of-Bats was accompanied by his own sidekick (and son), Little Raven. 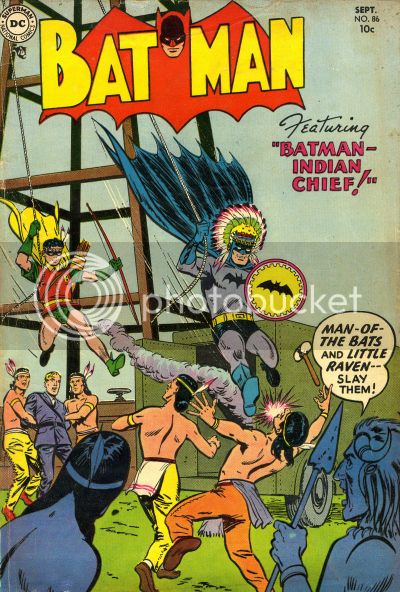 Michael Keaton is in BATGIRL (Updated)