The Riddler has been locked up in Arkham, The Batman didn’t become his bestie (which essentially, was his endgame in THE BATMAN (and killing Bruce Wayne…OOPS!), and if that wasn’t enough, Edward Nashton’s website, RATAALADA.COM, has been seized by the Gotham City Police Department! 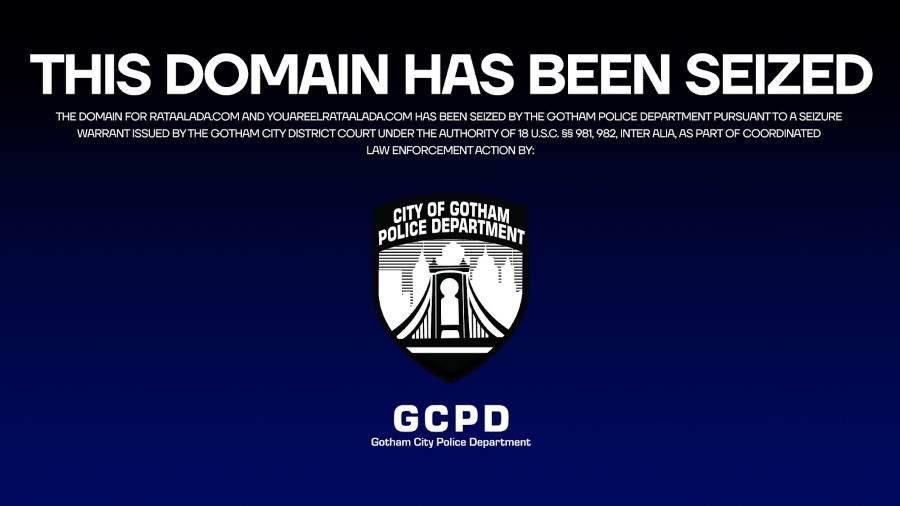 RATAALADA.COM was/is part of a viral marketing campaign for THE BATMAN that commenced earlier this year.  By communicating with The Riddler (just like The Batman in the movie) in conjunction with figuring out the hidden messages on the film’s official posters, fans were rewarded with clips and pictures from the movie.

In the film, the website also existed and was used by The Dark Knight (Robert Pattinson) to talk communicate with The Riddler.  In fact, Batman discovering the website, with “help” from The Penguin (Colin Farrell), was one of the most clever, coolest, and funny (yes, there was some humor in THE BATMAN) parts of the movie.

With THE BATMAN now out a few weeks, most figured that the fun on the website was over.  However, last week the website was updated again giving folks access to the 5-minute deleted scene featuring Batman talking to Barry Keoghan’s Joker (or “Not Yet The Joker”) in Arkham.

Apparently, WB plans to keep the website live.  Here’s hoping it’ll be a conduit into THE BATMAN UNIVERSE as we wait for the HBO Max spinoff shows and the upcoming sequel. – Bill “Jett” Ramey