I’m not a fan of Apple products.

I’ve never had an iPhone, iPad, Mac, or ANYTHING Apple.  OK, I once had an iPod back in the day (Remember when those were cool?) and still have, but don’t use, an iTunes account.

So when I found out that Matt Reeves’ director’s commentary on THE BATMAN was an Apple-exclusive, I was super bummed out!

While I enjoyed all of the bonus features that came with the standard Blu-ray/DVD/Digital release (Read my review HERE!), a director’s commentary on the entire film from Matt Reeves was something that I really, Really, REALLY wanted to check out. 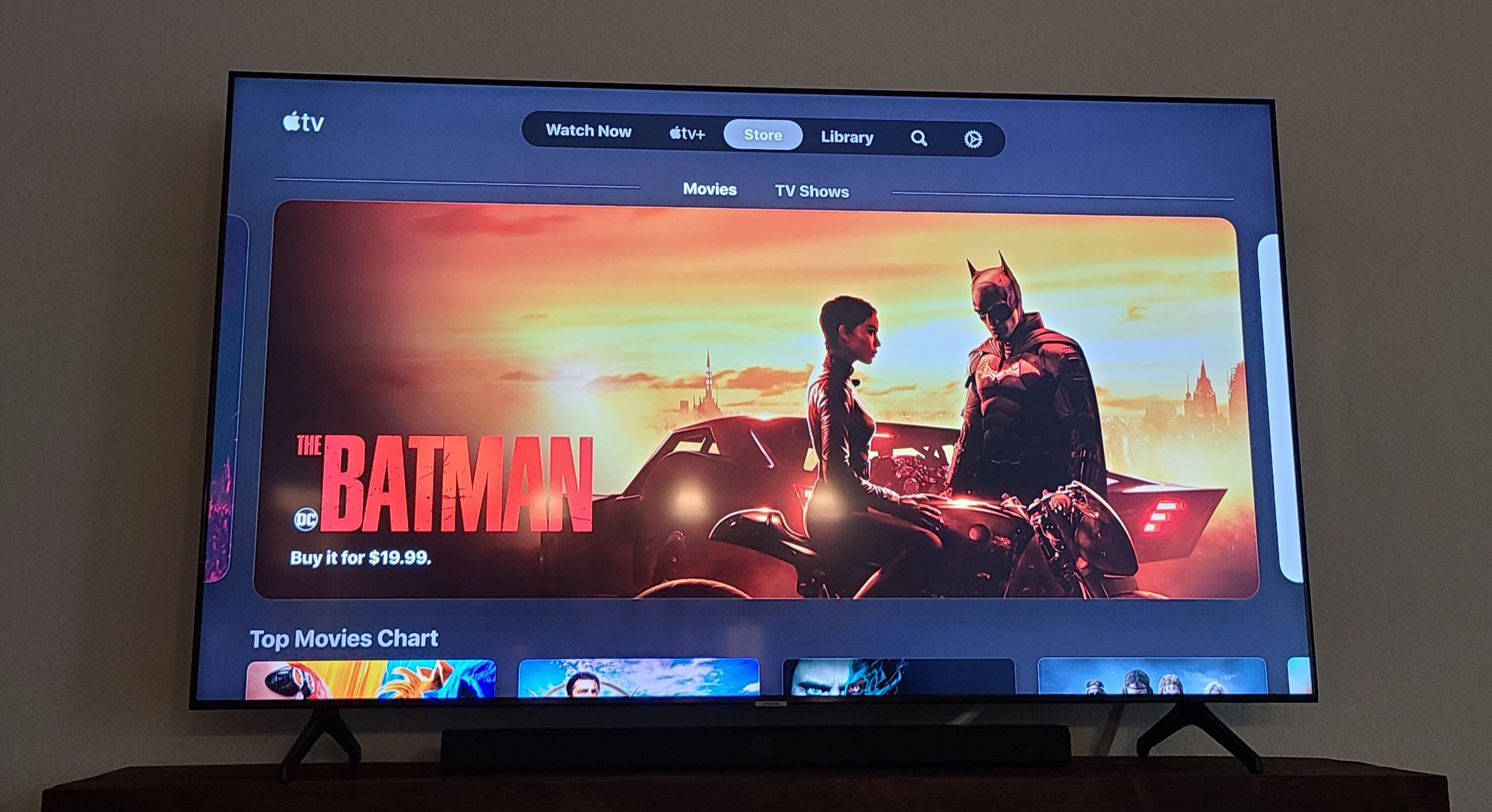 Yes, I broke down and tried to access it on Apple TV+ on my smart TV by way of Movies Anywhere via the digital code on the Blu-ray Warner Bros. previously provided me. But here’s the rub…

None of the bonus features were available on Apple TV+ by going this route!

As I’ve said many times, I may be able to run a website, edit a podcast, and do basic editing on a video, but I am in no way a streaming TV guru.  So it was on to “Plan B”…

My youngest college student offspring, Jake, is an Apple fan — well, at least he has an iPhone and an active iTunes account.  So I had him “purchase” THE BATMAN on his account (Who do y’all think paid for it…like everything else with him!) and I then did a switcharoo on Apple TV+ by logging into his account. (Which was a GD MF’n process and one of MANY reasons I hate Apple!)

And voila, I could now watch THE BATMAN along with Matt Reeves’ commentary!

ALSO CHECK OUT | BOF’s Everything About THE BATMAN Page

Of course, there’s A LOT more Reeves had to say about his film and I highly recommend that you find a way to listen to his commentary…I just hope you don’t have to jump through all the self-made hoops I had to deal with to check it out!  One more thing…

There’s a 99.9% chance that Mr. Reeves’ THE BATMAN commentary will be the main topic on the next (Episode 68) BOF Social Hour Podcast.