Via an outlet called LABIBLE.COM, Andy Serkis — who plays Alfred Pennyworth in THE BATMAN — had the following to say (not much) about the film…

“[THE BATMAN] very much about the emotional connection between Alfred and Bruce,” said Mr. Serkis.  “That’s really at the center of it. And it is a really exquisite script that Matt [Reeves] has written.” 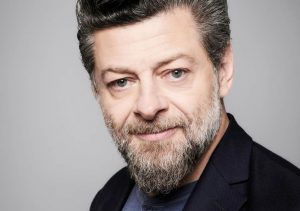 Mr. Serkis isn’t the first cast member of THE BATMAN to praise Mr. Reeves’ script.  Back in January, Colin Farrell — who is playing “Oz Cobblepott” in the film — said that director Matt Reeves wrote a “beautiful, dark, moving…really gorgeous script.”

I’m on record saying here on BOF that Reeves’ THE BATMAN (and it’s sequels) will be more grounded than Christopher Nolan’s THE DARK KNIGHT TRILOGY — and nothing I’ve heard via interviews like this or on/off the record makes me think otherwise. #happybatdance

For the full interview, click on the links provided. – Bill “Jett “Ramey

Filming of THE BATMAN is currently on hiatus in the UK.  Follow BOF’s Everything About THE BATMAN Page.  Make plans to attend BOF’s THE BATMAN Watch Party.  THE BATMAN hits theaters on October 25, 2021 — for the time being.