OFFICIAL SYNOPSIS: Gotham’s Greatest Mystery Awaits!  Held hostage by two warring crime families, Gotham City is rife with crime and corruption.  Adding to the chaos is the mysterious “Holiday Killer” who has been targeting the underworld and leaving a trail of terror…and body bags.  As Batman, James Gordon, and Harvey Dent race to solve a deadly puzzle with ever-increasing stakes, a breach at Arkham Asylum draws Poison Ivy, The Scarecrow, and Mad Hatter into the game.  Based on the highly acclaimed graphic novel, this DELUXE EDTION of BATMAN: THE LONG HALLOWEEN seamlessly combines both feature-length parts into one epic saga! As we all expected when it was originally released as a 2-part animated film, BATMAN: THE LONG HALLOWEEN is now being released as a single “Deluxe Edition” movie.

Yes, I did watch this “new” version when I received it yesterday thanks to the fine folks at Warner Bros. Home Entertainment (Disclaimer: BOF a free copy for reviewing purposes), and it works really well as a single, complete film with a runtime just shy of 3 hours at 168 minutes.  However, I’m not going to review it again as I already did that for both previously — you can check them out via these links: PART 1 and PART 2.  I will say that I like it as much as ever — I consider it one of the best animated Batman films and perhaps one of the best Batman films period.

So, here are the questions at hand, I reckon …

“If I already own the individual movies, why should I buy this?”

“Who is the target audience for this “Deluxe Edition?” 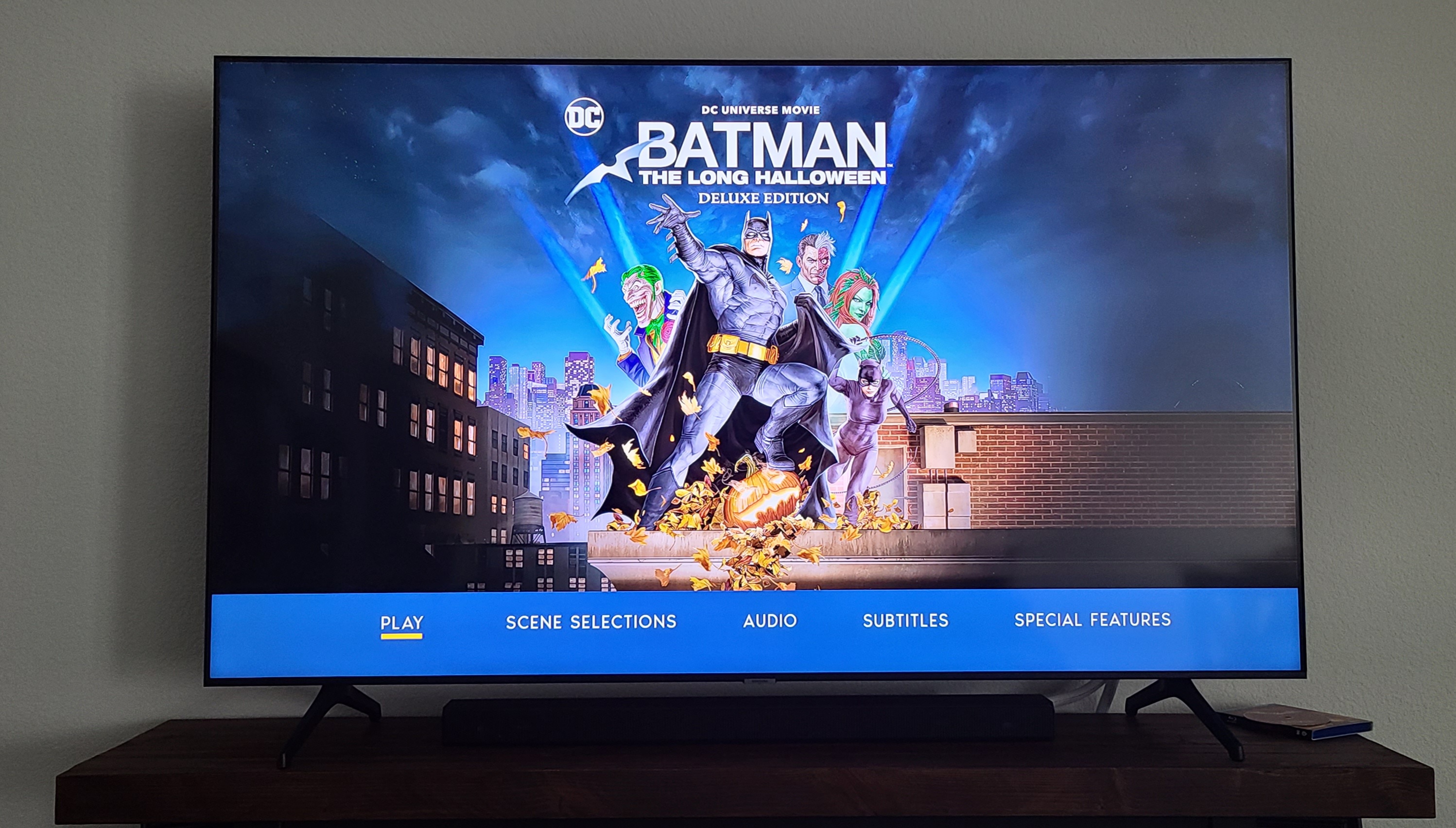 To question #1, I’d say no, you don’t have to buy it…unless you simply want to own it as one complete movie.  Also, it does include a “special feature” titled BATMAN: THE LONG HALLOWEEN — Evolution of Evil.  It’s a really cool mini-doc about TLH film adaptation and the graphic novel featuring  Jeph Loeb and the crew involved with the movie.  It also comes with four bonus cartoons “From the DC Vault” that I’m sure you have already seen (“Two-Face” Parts 1 & 2, “Christmas With The Joker,” and “It’s Never Too Late” — all from BATMAN: THE ANIMATED SERIES).  I guess I should also note that the “Special Features” inexplicitly include trailers for the animated films THE DARK KNIGHT RETURNS, GOTHAM BY GASLIGHT, and HUSH — all of which were previously released.

As far as question #2, it’s for diehard Batman fans — especially if you love the graphic novel (shoutout to BOF’s Ryan Lower!).  It’s also for the Batman collector and completist.  I’m sure that even if I had spent my own cash on PART 1 and PART 2, I would still purchase this so I’d have it in my collection.

Unfortunately, I can’t speak to the technical aspects of this release because, well, that’s just not my area of expertise.  Just so y’all know, I watched the Blu-ray version on an 80″ 4K/HD TV with a soundbar and it looked and sounded great to me.  Sorry I can’t provide any other “tech” details than that.

Well, there y’all have it!  I hope that this review of BATMAN: THE LONG HALLOWEEN DELUXE EDITION helps you out when deciding whether or not to shell out $30+ for it ($38.49 on Amazon.com as I write this).