Yes, I know it’s not April yet, so work with me here, OK?

Regardless, welcome to the first of two BOF mailbags for April 2018! Thanks for all the questions and keep ’em coming! If you missed the last one, you can read the “Spring Break 2018” mailbag HERE.

Do you have any idea what is the real reason why there was no Aquaman trailer at WonderCon? @I_Am_MFR looked pretty confident about his scoop. Also, are you sure that #1BOFmailbagApr18 is the correct hashtag amd not #BOFmailbagApr18?

JETT SAYS: They never planned to drop an AQUAMAN trailer at Wondercon — that’s the bottom line, for real.  However, I’m quite sure that they are going to promote AQUAMAN heavily at Comic Con in San Diego this coming summer.  I dug into this and there were no shenanigans at hand, believe it or not.

WB comes to you and says they want your vision for a MAN OF STEEL sequel with Cavill. What do you do? Plot, villain(s), supporting cast? What’s your ideal Superman movie?

JETT SAYS: I’m bringing back the whole MAN OF STEEL cast (except for Kevin Costner ’cause Pa Kent be tornado-dead) and I’m Supermanning the hell out of it!  My villain would be Brainiac for sure — though I’m not sure how I would want him to look.  I’m also soft-rebooting the thing and ignoring both BATMAN v SUPERMAN and JUSTICE LEAGUE.  Oh yeah, I want to see more of AI Jor El, so Russell Crow is returning too!  And no F’n DC on film Easter Eggs, cameos, or GD post-credits scenes!

Hi Jett, what is your favorite episodes from BATMAN: THE ANIMATED SERIES so far? 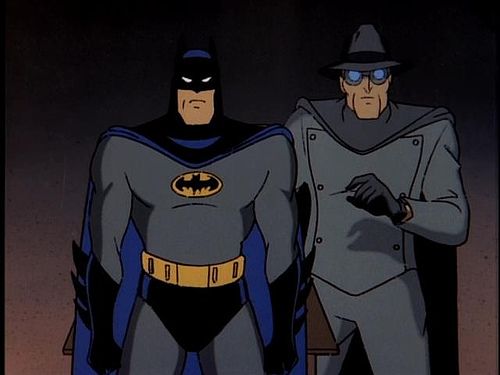 Jake Gyllenhaal was one of the names who was rumored to have met with Matt Reeves… I know this is all speculation at this point, but have you heard the other rumored names of actors who met with the director or is Gyllenhaal supposedly Reeves’ guy? #1BOFmailbagApr18

JETT SAYS: Honestly, I have not heard of any other specific actor meeting with Reeves about the role.  I’m not sure if Jake Gyllenhaal is 100% Reeves’ guy or that he’ll end up being the next Batman on film, but it shows you what Reeves is looking for: an ACTOR first and foremost.

What characters or story elements from the last 20 years of Batman comics would you like to see used in a movie? 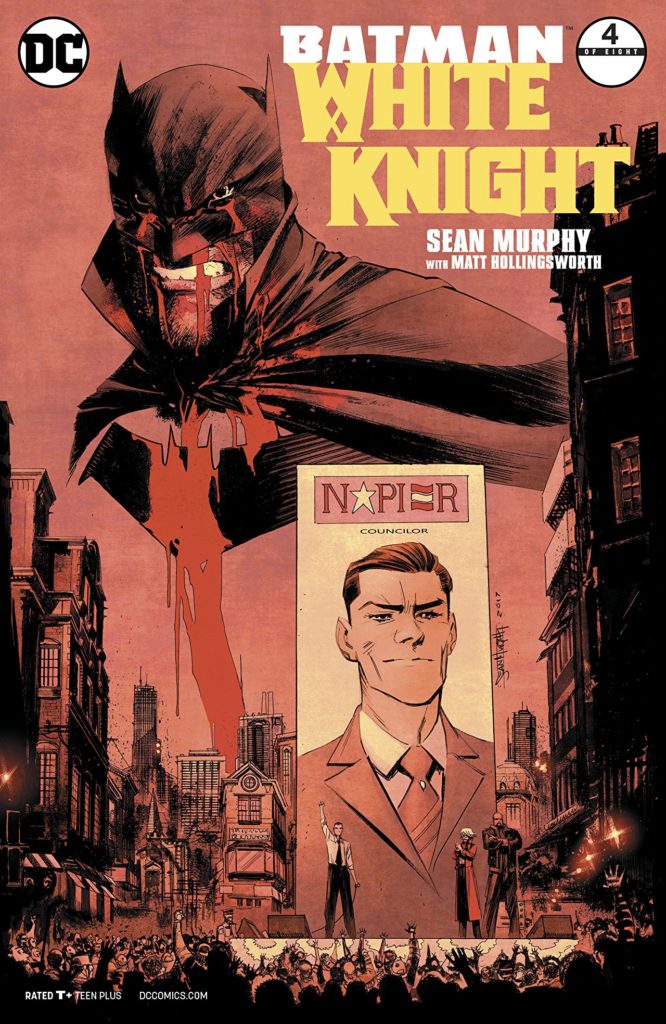 JETT SAYS: After reading 7 episodes of Sean Gordon Murphy’s BATMAN: WHITE KNIGHT, I’d love to see a bit of that in a Batman film.  The idea that Gotham turns on Batman and blames him for the rise of supervillains and the resulting destruction in Gotham as a result is fascinating.  Heck, you wouldn’t even have to use The Joker becoming Gotham’s new “hero” to address this theme.

By the way BOF’ers, if you’re not reading BATMAN: WHITE KNIGHT, you’re really missing something special.  Issue #7 drops next week (I got an early copy which is why I’ve already read it) and it concludes in May with issue #8.  My suggestion now is to wait for the trade to be released this coming September and read it from start to finish as a graphic novel.  Trust me, this is going to be a considered a Batman comic book classic.

Have you heard anything recently regarding an imminent announcement about Henry Cavill’s future as Superman?

JETT SAYS: Nope.  While I’m a huge supporter of Henry Cavill as Superman and believe he deserves a proper SUPERMAN-centric sequel to MAN OF STEEL, I’m frankly worried that it might not happen.  While nothing would make me happier than to see WB officially announce such a project with a director and release date, I think any reports that such is imminent is simply wishful thinking.

Concerning your recent article about “Bat-MEN” on film, could the upcoming Flash movie pave the way for a multiverse? And is that why they might be using the term “Flashpoint” as a headline title, when in fact, it will actually be a Flash origin/stand alone film?

JETT SAYS: I think FLASHPOINT — IF it gets made (it has not been given the green light yet) — is going to be solo/standalone Flash movie.  When I wrote my “Bat-MEN on film” article, I wasn’t advocating a true cinematic DC multiverse.  I was simply saying I think we’re at the point now where we could actually have more than one version of the same character on film around the same time, relatively speaking.

With their attention to “filmmaker-driven” movies, I wonder why DC films’ honchos have never approached the likes of Guillermo del Toro or Gore Verbinski for Batman. They’ve got the chops and the experience with huge franchises, so why not in your opinion?

JETT SAYS: Maybe they have and we just don’t know about it.  Perhaps neither are interested in doing a Batman movie.  Heck, they could ask both at some point in the future.  Of course, del Toro was working on a DC film — JUSTICE LEAGUE DARK (or whatever it would’ve been called) — and it never came to fruition.

I believe you said somewhere that you’ve heard about some of the comics Matt Reeves is using as inspiration for his script. Is that true, and if you do know what they are, are they the usual suspects, or is he drawing from something different that would surprise fans?

JETT SAYS: I never said anything about comics.  I simply said I’ve heard some of some of the “stuff” that Reeves is looking at for inspiration.  “Stuff” means a lot things. 😉

@BATMANONFILM Your favorite “murder of the Waynes” scene ? (including the one from GOTHAM) #1BOFmailbagApr18

JETT SAYS: The one in BATMAN BEGINS is my fave.  Probably because it was done really well, was faithful to the source material, yet it had it’s own spin, and the fact that BEGINS is my favorite Batman movie of all time.

What story would be a good inspiration for this 1930’s style Batman film that everyone is dreaming up? Also, what type of film would be best to make it?

Now that GOTHAM BY GASLIGHT has been made, what other Batman stories would you want to see adapted?

Who is your favorite super hero outside of Batman?

JETT SAYS: Superman.  After that, I was a big fan of Captain Marvel (or Shazam as he’s now called dammit), Spider-Man, and the Hulk.  If you look at the comics I bought as a kid, tons of Batman stuff, but also a lot of Superman Spider-Man, Shazam, and Hulk comics too.

Now that it’s 2018 and we’ve got a few more comic book films, what’s your top 10 superhero movies to date?

Now, I regulated my list to only live-action films.  If animated ones were included, THE LEGO BATMAN MOVIE, THE INCREDIBLES, THE IRON GIANT, and MASK OF THE PHANTASM would definitely be in the mix.

Aside from Crazy Quilt. What never before seen live action villain would you like to see? Even if it would be a cameo ala Scarecrown in TDK/TDKR style.

JETT SAYS: Hugo Strange — I think there are a lot of possibilities and ways to go if they were ever to use that character. You could do the “Monster Men” stuff from back in 1939 (or Matt Wagner’s take on it from the early 2000s), or from “Strange Apparitions” from the 1970s.

Robert Pattinson in Rehearsals for THE BATMAN (and More)