ENTERTAINMENT WEEKLY has dropped the first official image of Zachary Levi in costume as Captain Marvel (he’ll always be that to me dammit!) in SHAZAM!  Check it out below… 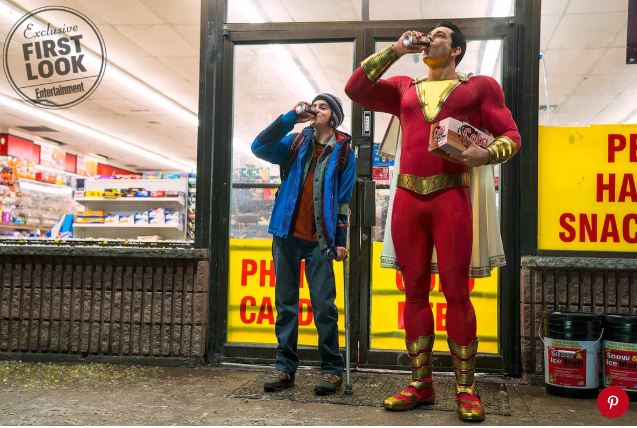 In the picture with Levi is Jack Dylan Grazer who plays Billy Batson’s friend — and fellow orphan — Freddie Freeman.

I love this image and the super-fun vibe I’m getting from this film.  In fact, I’m in such a good mood after seeing it, that I’m not going to criticize Warner Bros./New Line or director David Sandberg for not putting something out like this months ago.  And I’m not going to say that by doing that, they could’ve made all those crappy spy pics from filming a moot point.

Heading on over EW.COM and check out the whole story — it’s worth a read. – Bill “Jett” Ramey