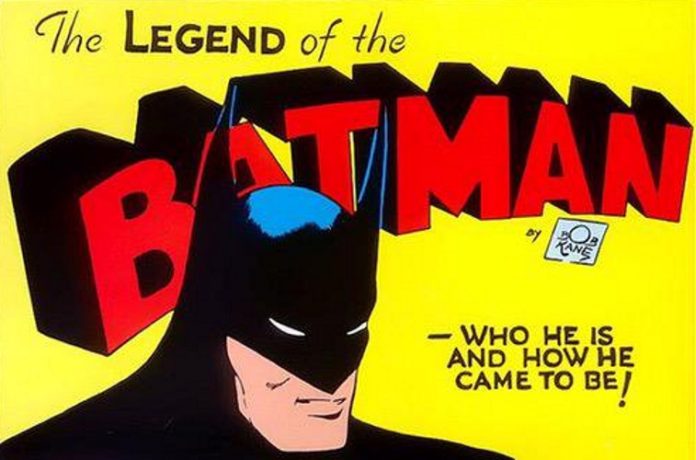 DETECTIVE COMICS #33 is significant in Batman history because Batman’s classic origin story was first told in this issue in the one page story titled, “The Batman and How He Came to Be.” 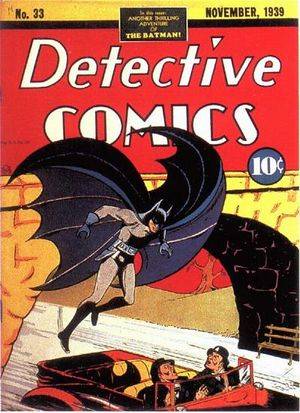 Walking home after seeing a movie, the Wayne family – father Thomas, mother Martha, and young son Bruce – are approached by a mugger. The mugger grabs at Martha’s peal necklace and Thomas shouts at the mugger to leave her alone. When Thomas lunges towards the mugger, he’s shot dead. The mugger then turns toward a horrified Martha and shoots her dead because she wouldn’t stop screaming.

Not too long after, the now-orphaned Bruce Wayne makes a solemn vow: He swears that he will avenge his parent’s deaths by fighting crime for the rest of his life.

Bruce goes on to become a scientist and trains his body to physical perfection. After years of preparing, he’s ready…but something is missing. He needs a disguise, but what shall it be?

One night while sitting in Wayne Manor, Bruce says to himself, “Criminals are a superstitious cowardly lot. So my disguise must be able to strike terror into their hearts.” At that very moment, a bat flies throw a window, and he now knows what his disguise will be. “I must be a creature of the night, black, terrible…a…a…a bat! That’s it! It’s an omen. I shall become a BAT!”

Born that night was this “weird figure of the dark”…an “avenger of evil”…THE BAT-MAN!

DETECTIVE COMICS #33 was written by Bill Finger, penciled by Bob Kane and Sheldon Moldoff, with a cover by Bob Kane. It went on sale on October 10, 1939 with a cover date of November 1939. – Bill “Jett” Ramey 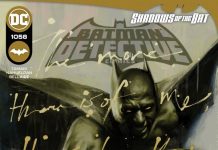 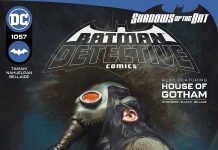 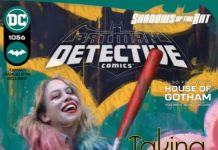 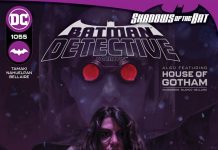 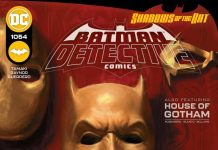 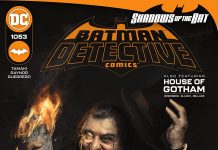