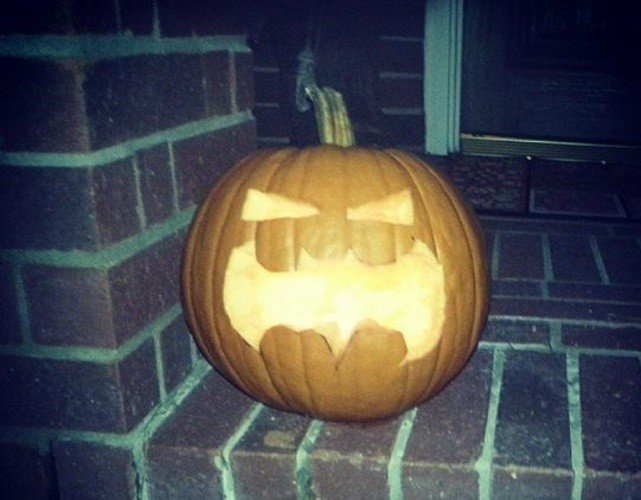 In the cool of the evenin’ when ev’rything is gettin’ kind of groovy
I call you up and ask you if you’d like to go with me and see a movie
First you say “no”, you’ve got some plans for the night
And then you stop, and say, “all right”
Love is kinda crazy with a spooky little girl like you – Atlanta Rhythm Section

Welcome to the “spooky and scary” *shudder* Halloween 2018 edition of the BOF mailbag!

Thanks for all your questions, so let’s get to ’em!

Will Superman be part of the SHAZAM! reshoots?!

JETT SAYS: I hope the hell not.  With that said, no, Superman with Henry Cavill isn’t being added to SHAZAM!  Perhaps they are filming some scenes that change the way the MAN OF STEEL and BATMAN v SUPERMAN stuff is portrayed in the film?

Hey Jett, definitely looking forward to a new Matt Reeves Batman, but as a guy who’s also a Superman fan, any guesses when we get a legit Superman film again?#BOFMailbagHalloween

JETT SAYS: At some point sir, yes, there we will get a “legit” Superman film again.

With that said, I know all tea leaves read that Henry Cavill is done as The Man of Steel. However, nothing would make me happier than for WB to bring HC back as Superman and make a F’n proper “Superman” movie — a TRUE sequel to MAN OF STEEL — with him in the blue tights and red cape.

How can you do that?

Just ignore the BATMAN v SUPERMAN and JUSTICE LEAGUE and “Amnesia It!”

What did you mean when you tweeted “Patience will be needed,” and then BATMAN & ROBIN and BATMAN BEGINS posters alongside each other?

JETT SAYS: I meant what I tweeted: Patience.  And all will be well.

Would Bruce Wayne dress as Batman for Halloween? 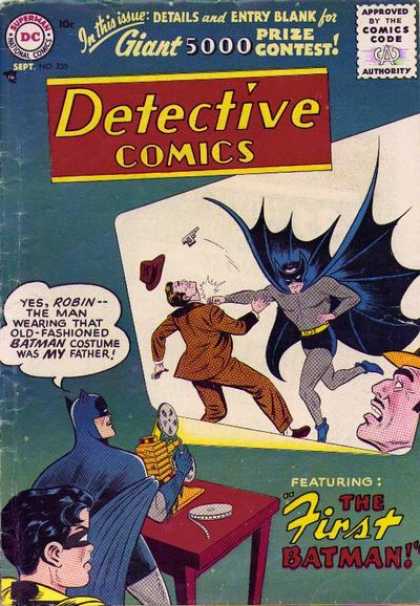 I know you will not straight up disclose what was the real reason why WW84 got delayed 7 months, but can you tell us if this was caused by something good, or something bad? #BOFMailbagHalloween

JETT SAYS: Nothing bad involved the push of WW84 into 2020.  It’s just a great date to release the movie — and its predecessor did OK as a June release, no? (And, ahem, it may have been because they had nothing DC to release in 2020…just sayin’.)

I already want an animated BATMAN: WHITE KNIGHT movie.  Will it happen?

JETT SAYS: I’d welcome one myself.  Will it happen?  I don’t know.  Here’s hoping.  I think it would have to be “adapted” quite a bit to fit in a 70 minute-ish animated film.  But the premise of WHITE KNIGHT — The Joker becoming the hero of Gotham as Batman becomes its villain —  would make for a heck of an animated film IMO. 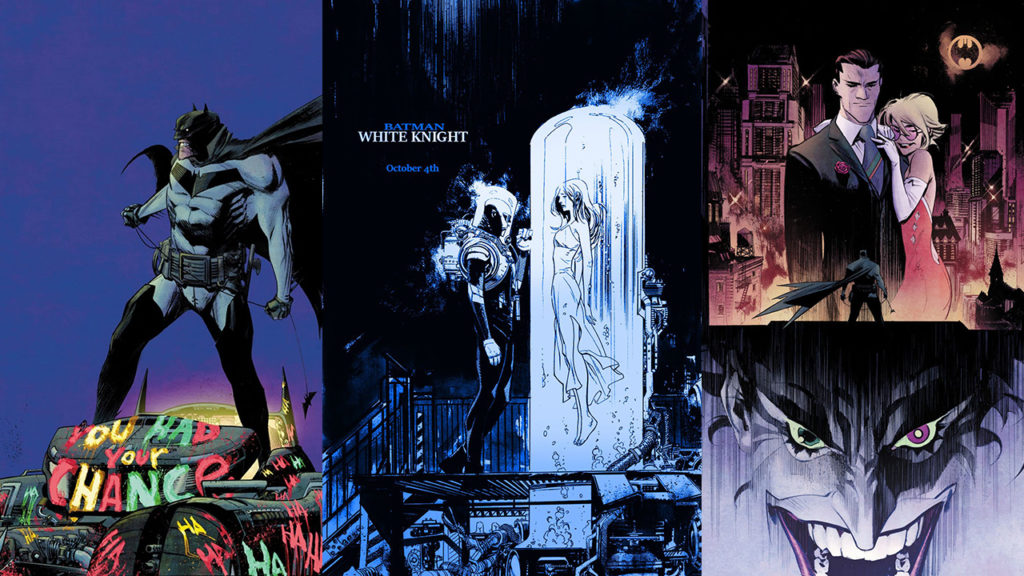 What is your favorite Halloween Batman story and why?

JETT SAYS: BATMAN: GHOSTS (1995) by Jeph Loeb and Tim Sale because it’s a cool Batman/Halloween spin on A CHRISTMAS CAROL. 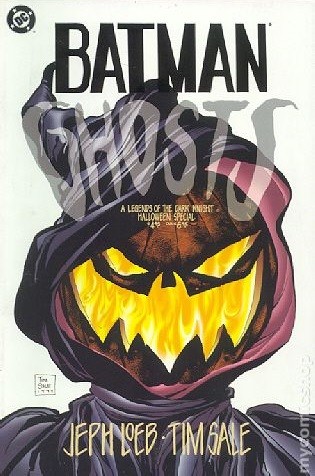 Do you have any guesses as to when (if ever) WB will officially announce Henry Cavill’s departure from the big red cape? After SHAZAM! Or maybe never? Cheers brother!

JETT SAYS: Probably never is my educated guess.  Like Ben Affleck and Batman, there’s no need issue a press release saying Cavill is done as Superman. 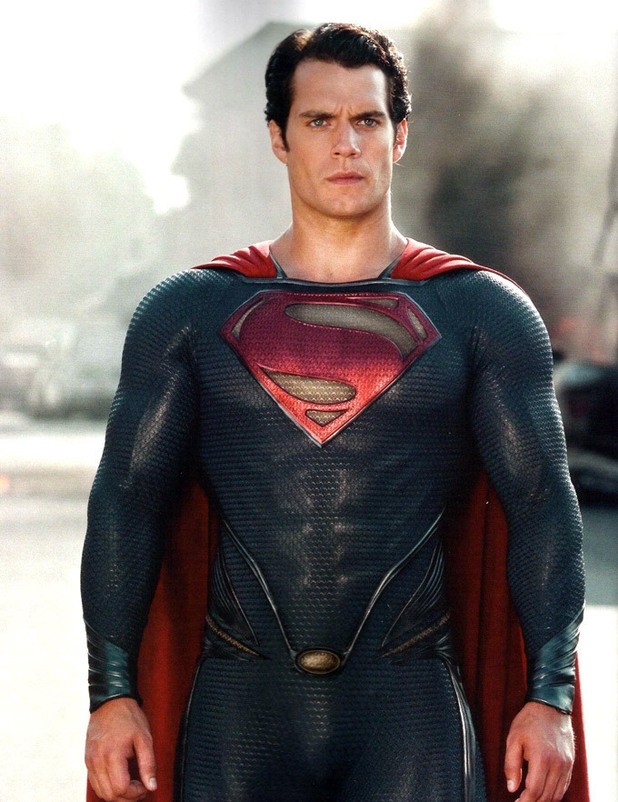 @BATMANONFILM Hey Jett, how do you feel about the ending of Batman #57? #BOFMailbagHalloween

JETT SAYS: No problem with it.  It’s sorta like a particular scene in BATMAN BEGINS, no?

Jett, could WB have been the final instigator behind Ben Affleck stepping down as director [of THE BATMAN]? 2016 was not an easy year for Ben, no doubt, but the timing of his stepping down in early 2017 seems to line up with Zack Snyder’s rough cut of JUSTICE LEAUGE being shown to WB. We’re told that Ben just didn’t have a script he cared passionately about, but isn’t it more likely that WB wasn’t interested in making the movie because they were ready to drastically change course after viewing the initial rough cut of JL?

JETT SAYS: I believe there were A LOT of things that went into Ben Affleck’s departure as the director of THE BATMAN, and it’s possible that what you said played a role.

However, I believe that the main reason was that Affleck never had a story or a real passion to make a Batman film.  He was “supposed to” make that film the moment he signed on to play Batman back in 2013.  However, no matter how talented Ben Affleck is as a writer and director — and he’s great — if you don’t have a passion, vision and story to tell, it’s a moot point.

Check out my detailed take on that HERE. 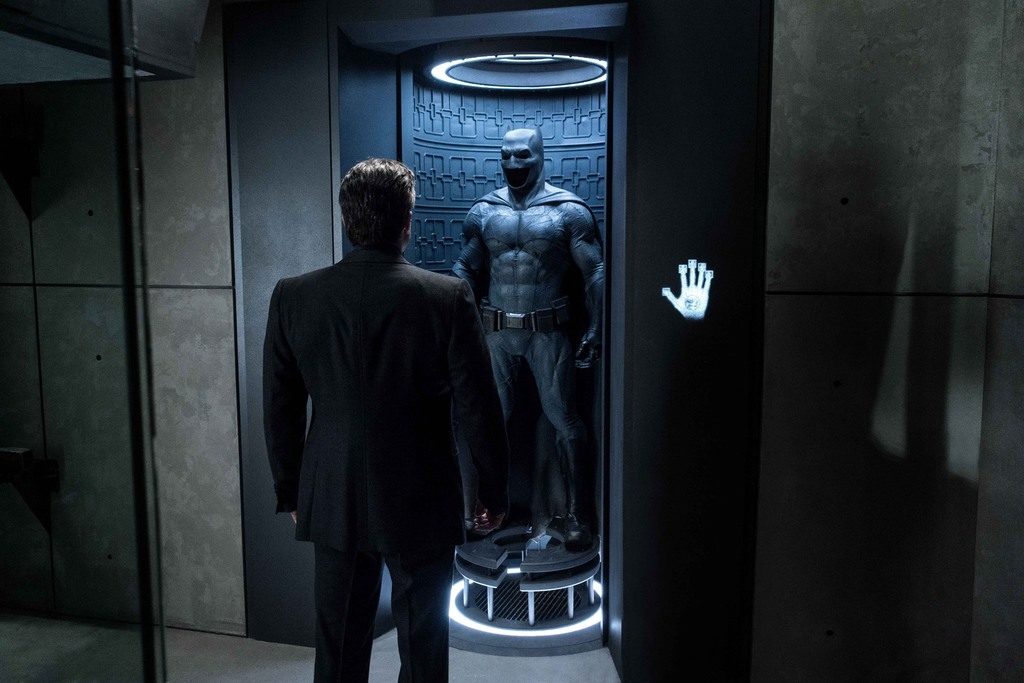 Hey Jett, I just listened to the latest BOF podcast and here’s my question: How does WB simply forget about BvS and JL when films like WONDER WOMAN 1984, AQUAMAN, and SHAZAM! either is using some of the same characters/actors or will reference those two films?  Isn’t that an issue that only a total reboot will solve?

JETT SAYS: First of all, I don’t think either WW84 or AQUAMAN are going to reference events from either BvS or JL (especially WW84 which will be set years before the events of either film) nor should they.

With SHAZAM!, well, they might need to tweak the MAN OF STEEL and BvS references…IF they are indeed used blatantly to tie SHAZAM! to those films and the “shared universe.”  Maybe they are simply in the background and left ambiguous to if they are “real” or “fiction.”

Regardless, the bottom line is that it just really doesn’t matter.  Ignore all that stuff — or “Amnesia-It” as I call it — move the forward, and soft-reboot (or hard reboot if required) as needed along the way. 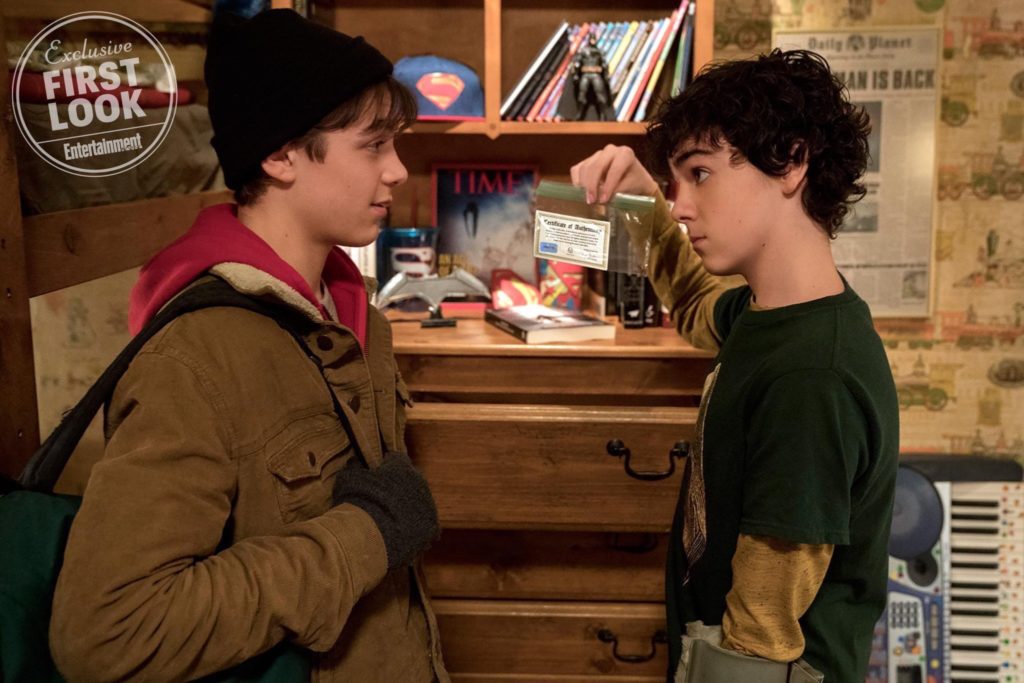 I wasn’t a fan of Jared Leto as The Joker in SUICIDE SQUAD.  Is he out for future films? Who would replace him in the future? Mr. Phoenix? Also, are you writing your BOF adventures book, or is it done? Thanks for all your hard work!

1) I would not hold my breath waiting for another appearance of Jared Leto as The Joker.  And for the record, I’m not a Jared Leto Joker “hater.”  I would love to see him get another crack as the Clown Prince of Crime, but I’m not figuring that’s going to happen. 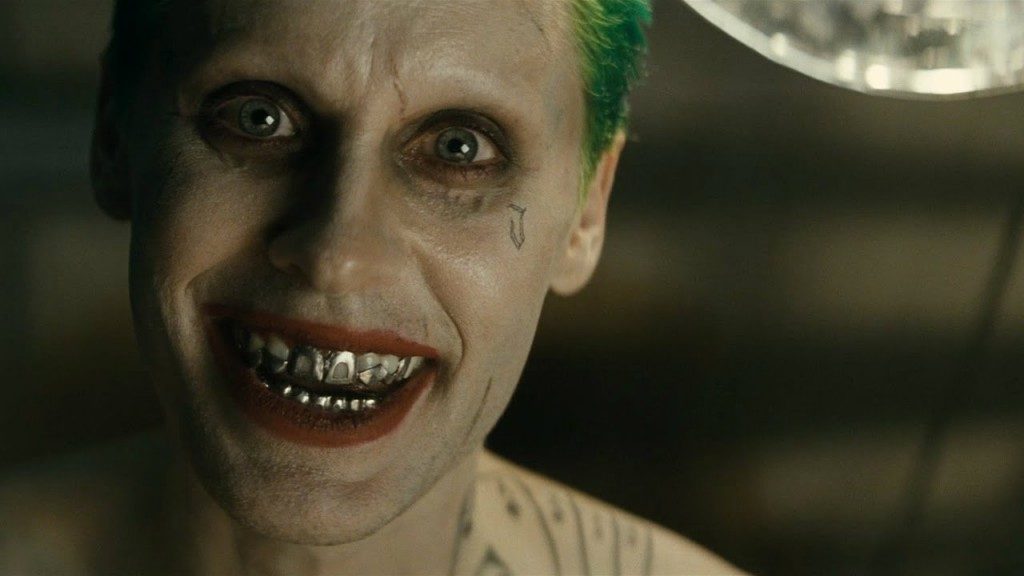 2) I suspect that if he’s “replaced,” it’ll be with the actor of Matt Reeves’ choice — IF he wants to use The Joker in his Batman film(s).

3) Despite people continuing their attempts at putting square pegs into round holes, Joaquin Phoenix’s Joker in, um, JOKER is totally a one-off and he will not reprise the role in one of Reeves’ films.  Hell, he’s not going to reprise the role again PERIOD. 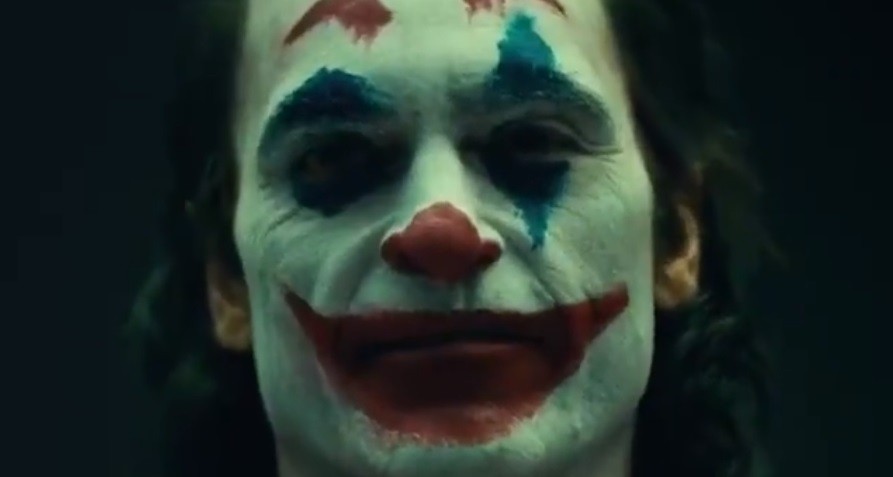 4) Yes, still writing the book, but it’s far from complete.  Plus, I gotta few more BOF years left in me, sir!

Bill, did you ever go as Batman for Halloween?

JETT SAYS: Yes, but not as a child ironically (even though my Mom and Grandmother made me Batman costumes when I was a kid).

Unfortunately, I do not know the location of the pictures I took in those suits back in the day.  Suffice to say, I looked awesome as Batman!  However, I looked even more awesome in this Batman suit back in 1968… 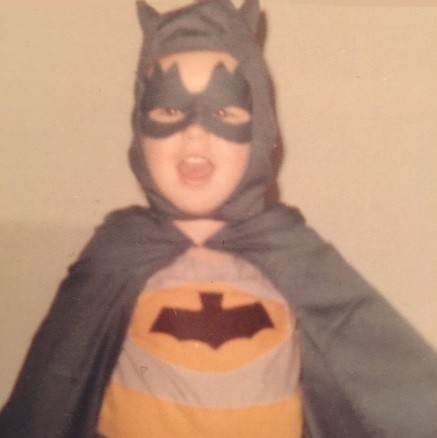 What’s your best guess when [Matt] Reeves’ Batman movie will be released?  Thanks!

JETT SAYS: I know they are hard at work polishing the script to make it the best it can be.  There’s a small crew working on some very preliminary stuff.  I think it’s possible that they could start filming sometime in 2019, but I do not believe it will be early in the year.  2020 is off the table for sure.  I’m thinking 2021, 2022 are the best bets.

And that’s it for BOF’s Halloween 2018 Mailbag,  Post your thoughts and takes on it in the comments section below! – Bill “Jett” Ramey