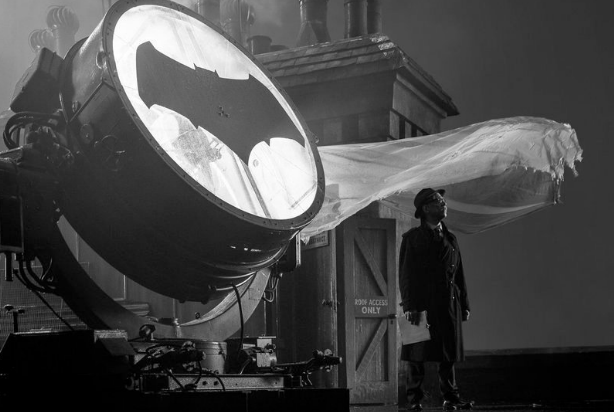 In an interview with COLLIDER.COM for THE FRONT RUNNER, J.K. Simmons was asked about the status of reprising his role of Commissioner Jim Gordon in a future DC/Batman film.  Here’s what he had to say…

Nothing has changed. There are conversations going on, that I’m not going to make public. As far as I know, there’s no opportunity, in the immediate future, for me to do more Commissioner Gordon, but I continue to be optimistic that it will happen again.

Since the “immediate future” (relatively speaking) for Batman on film is Matt Reeves’ solo Batman movie, I’ll, ahem, “go out on a limb” and say that J.K. Simmons’ run as Commissioner Gordon on film is over.

It’s certainly unfortunate because I thought his casting was great and he made a damn good Jim Gordon.

However, with Matt Reeves being able to make the Batman film that he wants to make — which includes casting his own Jim Gordon — the writing’s been on the wall for a while now.

For the record, I 100% support Matt Reeves making the Batman film he wants to make and ALL (recasting Batman, Alfred, and Gordon, a new Bat-Suit/Batmobile/Batcave, etc.) that comes with it.

And yes, he said he’s “optimistic that it [playing Gordon] will happen again,” but that’s what he’s supposed to say, folks.  So don’t read anything into that part of the comment.

I wonder if he’d be a F’ing ape on the ground to keep playing Gordon?

(Thanks to BOF’s Rick Shew for the heads up.)

The EGO in THE BATMAN