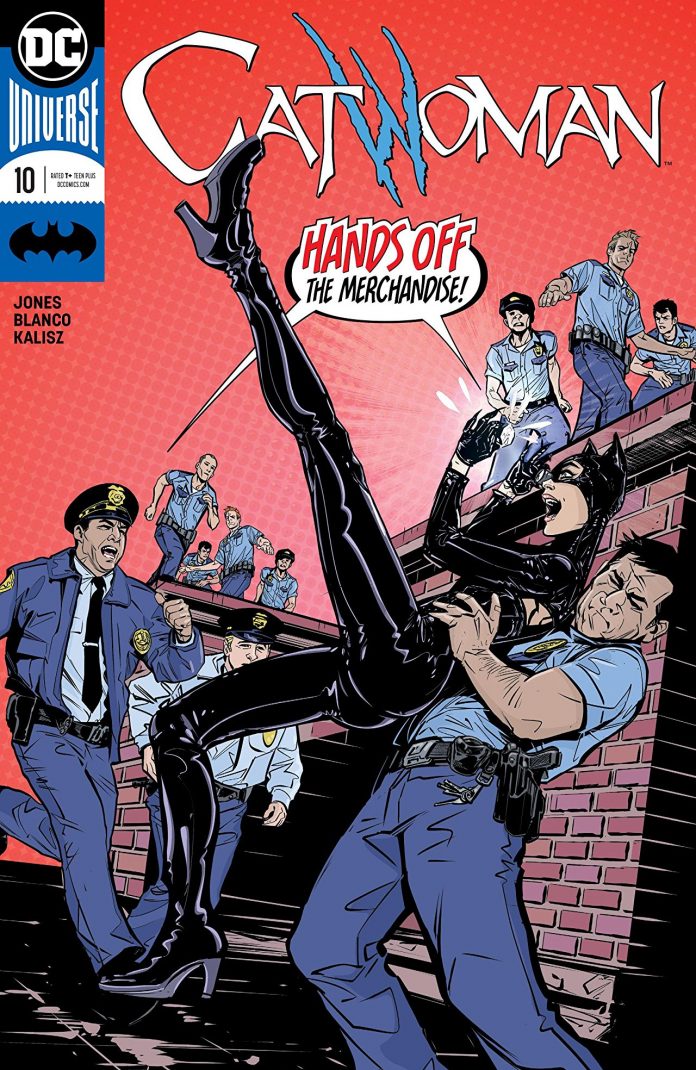 SYNOPSIS: Asking the question, “Who is Selina Kyle?” has gotten folks hurt in the past…but this time it’s Selina asking about herself. Meanwhile, the disgraced Creel family are marshalling their resources to make a return to Villa Hermosa and claw their way back to the top.

Selina Kyle is up to her old ways: stealing.

The frisky antihero has built a respectable, yet somewhat quiet, life in Villa Hermosa. In the 20+ pages of this month’s Catwoman, she finds herself in the crosshairs of a known Batman rogue, and enemies of new. In a unique style of storytelling, we open up with the end of the issue, rewind, and work our way to it. Selina steals, fights, races, and talks. As Selina works toward her goal, we catch up with Raina Creel, who’s zombified son accompanies her. It’s a quick reminder that though she isn’t out front and center, Mrs. Creel is creeping in the shadows.

This issue was just all right for me. Nothing drastically negative, but nothing drastically positive either. It’s a fine comic book. Joelle Jones continues to write the book, which has sort of set itself in cruise control lately. Again, not a complaint, but nothing is making it stand out amongst the many other comics on shelves. It’s like the title needs a direction, and a story we’re all REALLY invested in.

Though I miss the days where Jones was pulling double duties, Fernando Blanco is in charge of the art this month. I think he does an honorable job of sticking in line with the issues before it, while also standing on it own. One of his earlier pages really stands out as a storyboard for a scene in Miami Vice, and I love it.

Overall, Catwoman is a fine comic book. I want it to be better than fine though. It’s sort of just “coming out” but I’m always working hard to remember what exactly happened the previous issue. If you’ve been buying, add this one to your pull list. – Ryan Lower

TRADE REPORT: No Reshoots for “ZS Cut” of JUSTICE LEAGUE