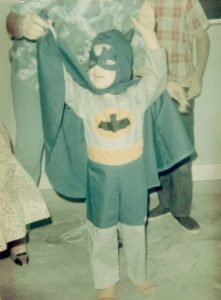 This was another tough one because I dig “Hold Me, Thrill Me, Kiss Me, Kill Me” by U2 and “Kiss From A Rose” by Seal from BATMAN FOREVER quite a bit.

However, I’ve gotta go with this rocker by TSP as my fave.

Well, regardless of how I feel about B&R (which I’d watch in a 12-hour loop over 1 viewing of BATMAN RETURNS and BATMAN v SUPERMAN), I just like this one the best and it’s as simple as that.

Look, I absolutely enjoyed playing all the ARKHAM games to various degrees (ORIGINS is underrated AF and KNIGHT is overrated AF), but I loved playing the NES video game tie-in to BATMAN ’89.

While I’ll readily admit that my age and nostalgia probably plays a role in this pick, it was still fun as hell to play this game and I stand by it.

And lest we forget, ZELDA, SUPER MARIO BROS. 2, TECMO BOWL. 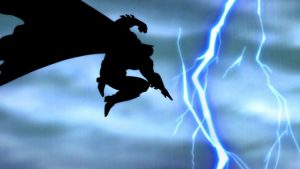 While I came *this* close to going with BATMAN: UNDER THE RED HOOD, ultimately, I had to go with the animated (and straight-up) adaptation of the Frank Miller classic graphic novel.

While I prefer that the filmmakers do the “inspired by” thing when turning a classic Batman comic/graphic novel into a film (animated and live-action), THE DARK KNIGHT RETURNS is maybe the only one that was an absolute MUST that it be adapted straight-up (and BATMAN: YEAR ONE too). 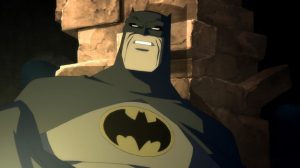 For me, Peter Weller’s voice performance as Bruce Wayne/Batman not only ranks as one of the best ever (no disrespect to Kevin Conroy and Olan Soule), but it pretty much is what makes the film awesome.  Weller was a perfect fit to voice the 55ish-year-old Mr. Wayne…and Batman too.

I have a limited number of live-action and animated films that I watch on a fairly regular basis. THE DARK KNIGHT RETURNS is in my Batman on film rotation.

YEAR ONE-Inspired Poster For THE BATMAN by Lee Bermejo!