Welcome to the April 2019 BOF Mailbag!

Thanks for all the questions, keep ’em coming, and let’s get cracking!

If you could only choose one, what’s the one Batman-related moment you’d experience again? #BatmanOnFilmMailbag

JETT SAYS: There are 3 and I cannot pick one over the other 2.  In no particular order they are: 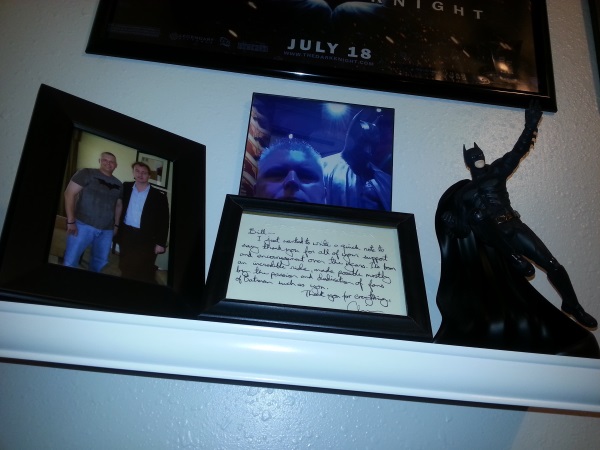 And though it’s not really a “moment”, meeting Michael Uslan and being able to call him a friend is something I’m very proud of and cherish.

Likelihood of a Batman live-action TV show being made any time soon after GOTHAM ends? Using all the characters we know and love. Where Batman is, ya know, ACTUALLY in the story?

JETT SAYS: John, probably not good.  Although Warner Bros. has loosened up and has allowed the use of Batman and Batman’s world in live-action TV over the last few years (GOTHAM, TITANS, and the upcoming BATWOMAN), I still don’t see them going forward with a Bruce Wayne/Batman-focused live-action TV series anytime soon.  Batman is Warner’s crown jewel property and they still feel that full-on “Batman” should be reserved for the big screen.  While I’m one who agrees with that, it wouldn’t kill me if they totally opened up and did a dark and serious Batman TV series.

Do you think Michael Keaton and Tim Burton would ever come back and do another Batman film? If so, what do you think the movie would be about and would make a lot of money at the box office? 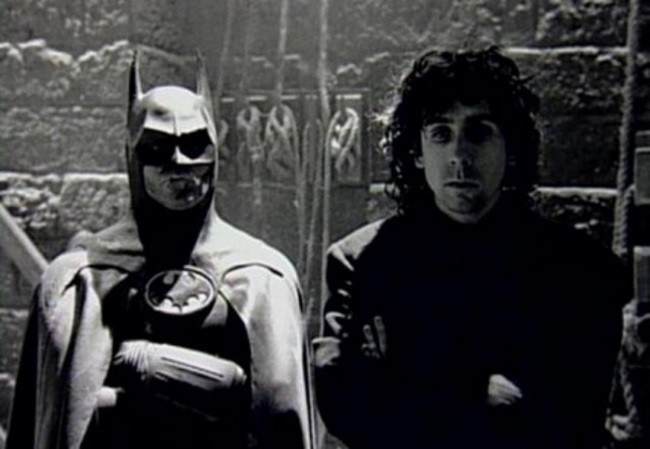 JETT SAYS: Dom, I don’t see that happening sir.  But if it did, they’d have to do something based on either THE DARK KNIGHT RETURNS or BATMAN BEYOND — or some sort of combination of the two.  But again, I’m not holding my breath as I don’t think either is interested in returning to the world of Batman again.

Frankly, outside of fans, there’s probably not a big interest in seeing another “Tim Burton’s Batman” on the big screen.  And to get TB to do it, you’d have to give him that creative control…which didn’t work out so well the last time.

Would it make a lot of money?  I’d say it would make a few bucks due to the novelty of it, but I don’t think it would be a billion-dollar blockbuster.

A question in the form of an observation. I never understood why Ben Affleck, who has a perfect set of hair, had to wear a damn wig as Bruce Wayne!

JETT SAYS: LOL!  Panos, that was a HUGE pet peeve of mine as well!  There was no need for him to wear a GD wig! 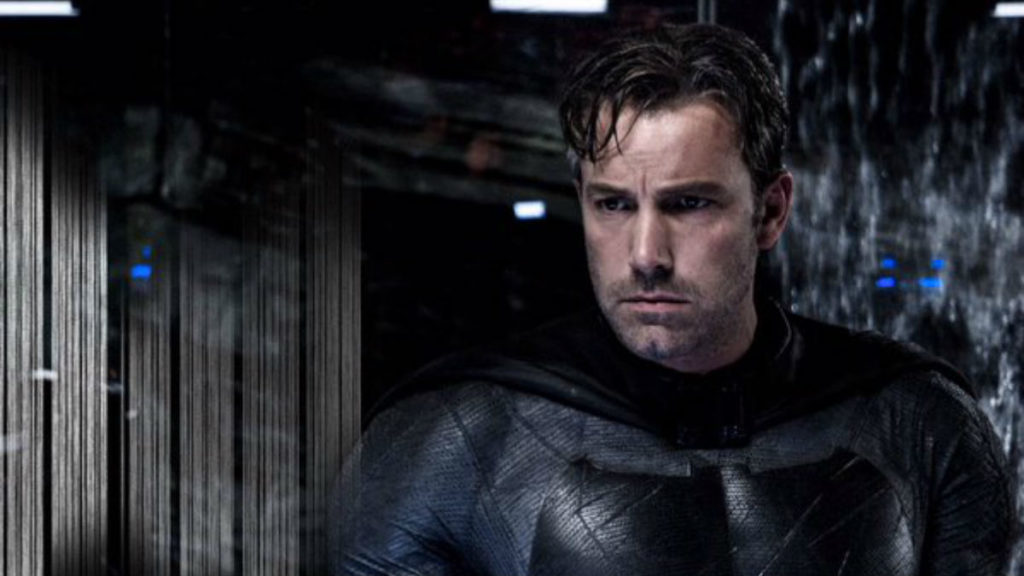 Affleck does have thick hair, but couldn’t he have simply grown it out and they put some sort of straightener in it if they wanted the bangs and stuff? Jesus!

What is happening with #TheFlash movie? #BatmanOnFilmMailbag

JETT SAYS: Kyle, the last thing I heard was that Ezra Miller was writing a new script with Grant Morrison (as reported by the trades).  As I’ve said many times, I don’t see this film happening — at least not this incarnation of it with EM in the lead role. 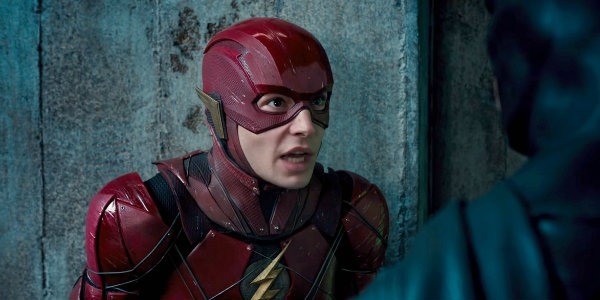 Will Batman make an appearance in the new Suicide Squad film?  Will Shazam be in a JUSTICE LEAGUE sequel? And what’s going on with your book? A sure to be a bestseller.

JETT SAYS: Glen!  My answers to your questions in the order you asked…

I’m not thinking there’s going to be a sequel to JUSTICE LEAGUE anytime soon my friend.  WB is really trying to distance DC on film from it because it sucked.

I’m always writing on the BOF book sir.  Hopefully, it’ll come to fruition one day…though I don’t think it’ll be a bestseller, my friend!  I will say that the BOF book is moving away from being about me and BOF to being the definitive book about the history of Batman on film — BATMAN ’89 ’til today…whenever “today” is when I finish it.

Do we know which villains would be allowed in the BATWOMAN series? We already know that Ra’s al Ghul and the league exists in the Arrowverse.

JETT SAYS: Joe, I have no idea at this time.  I think WB will be kinda restrictive when it comes to that, to be honest.  I’ve heard that they are going to sorta create Batwoman’s own rogues’ gallery for the series.

Since they are doing a standalone Joker movie (which will be separate from the Reeves Batman universe), do you think Matt Reeves will use The Joker in his trilogy?  Or will he focus on new/different villains?

JETT SAYS: Joshuah, though I hope he does, I’m not sure if Matt Reeves has a trilogy planned.  But let’s say that MR envisions doing a Bat-trilogy, OK?  I’d say that it would be best if Reeves saved The Joker — and his version of the character — for the final film.

With Heath Ledger’s iconic portrayal still on folk’s minds, Jared Leto’s turn in SUICIDE SQUAD, and now Joaquin Phoenix in the standalone JOKER, I figure we need a little breathing room before we see another version of The Joker on film.

Hey, Bill. More of a DC related question than a Batman related question: Do you feel that we have yet to see the definitive cinematic portrayal (including the writing of the character) of Lex Luthor? #BatmanOnFilmMailbag 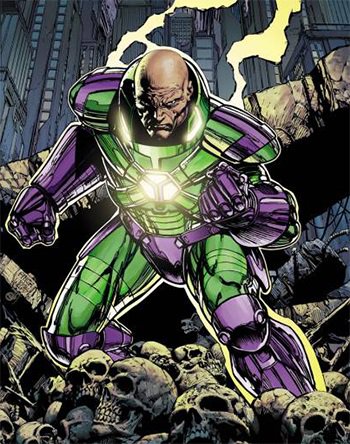 JETT SAYS: I’d say that it depends on what folks individually perceive as the “definitive” adaptation of Lex Luthor on film, right?

Is definitive mean that Lex is portrayed as an evil mad scientist or a billionaire businessman?  Does Lex have to sport a purple and green super-suit to be considered “definitive”?

Personally, I’m a big fan of Gene Hackman’s portrayal in SUPERMAN: THE MOVIE and to me, it’s kinda “definitive”.  And as much as I despise BATMAN v SUPERMAN as a movie, I really didn’t have a problem with how Jesse Eisenberg portrayed Lex.  The only performance I’m pretty “meh” on is Kevin Spacey in SUPERMAN RETURNS as it comes off as a bad rehash of what Hackman did in S:TM.

Is there any chance that there is a Batman show that will spin off of GOTHAM? While I am happy this show is done after 4/25/19, I do get a bit nervous that something worse could be on the horizon.

JETT SAYS: Pete, I don’t think anything “Batman” will spinoff from GOTHAM sir.

What are Batgirl’s odds of making it to the screen in the next few years? We know there’s a script being written; any other steam gathering for this project?

JETT SAYS: This is another project that I’m not holding my breath waiting for it to come to fruition.  The Joss Whedon Batgirl movie announcement was a smokescreen for his involvement on JUSTICE LEAGUE, so I don’t know how serious WB is about actually making this movie. 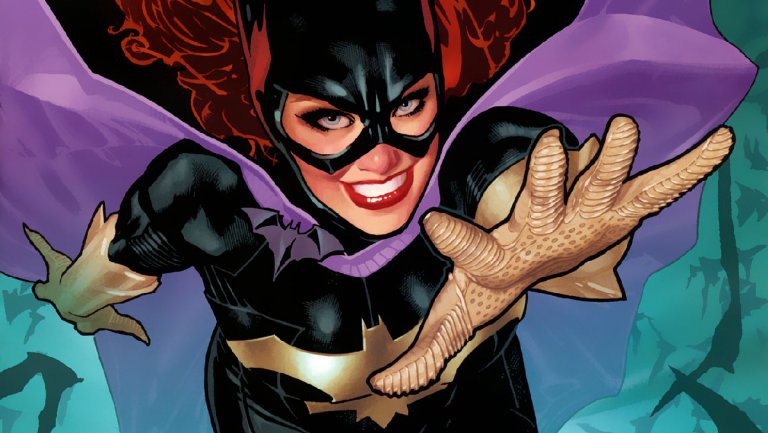 What’s the craziest thing you heard about the Justice League production? #BatmanOnFilmMailbag

JETT SAYS: I know everything about JUSTICE LEAGUE‘s production and for now, my lips are sealed.  But I will say that the fact that ZS was invited to leave, JW replaced him, and the Zaddy’s bought the “JW is there simply to finish ZS’s vision for the film” line of bullshit was pretty damn crazy — especially now they’re all clamoring for the ZS cut of the movie which is never going to happen. 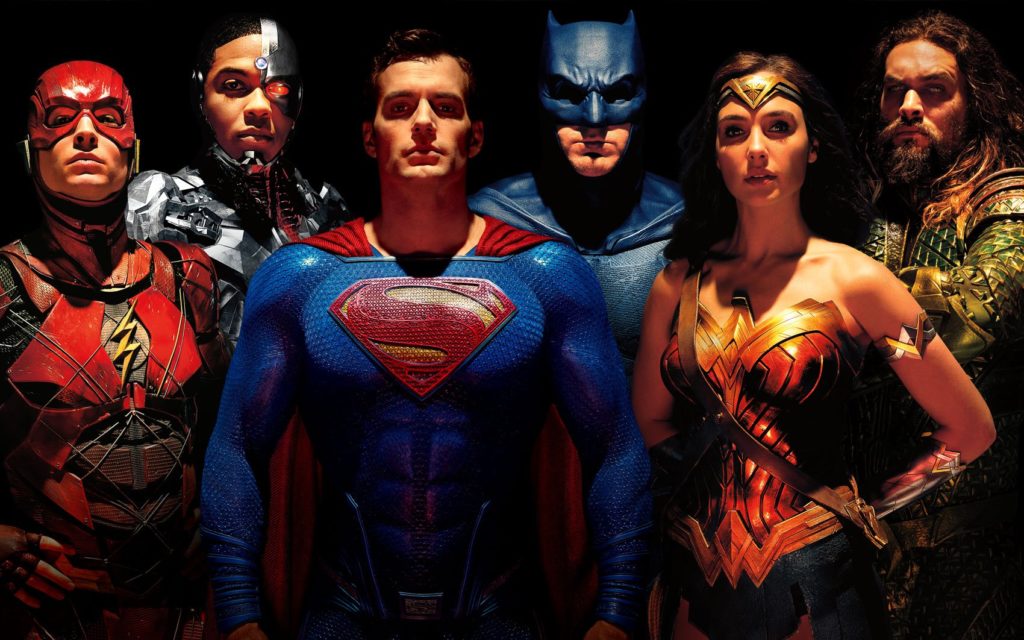 Since it’ll only be 4, maybe 5 months out til filming, do you think SDCC will be when a lot of info for Reeves’ Batman film will be released? Cast, concept art, logo etc.

JETT SAYS: Jeremy, I’m not convinced that filming is going to start 4 or 5 months for now.  I’m thinking early 2020 is more likely.  With that said, I have a hunch we’ll start hearing news about THE BATMAN relatively soon — though I don’t think WB is going to haul Matt Reeves out on the stage at SDCC ’19 and have him make some big announcement.

If Batman had been a 1970’s movie or TV show, what style would have made sense?

JETT SAYS: Matthew, something along the lines of THE FRENCH CONNECTION.