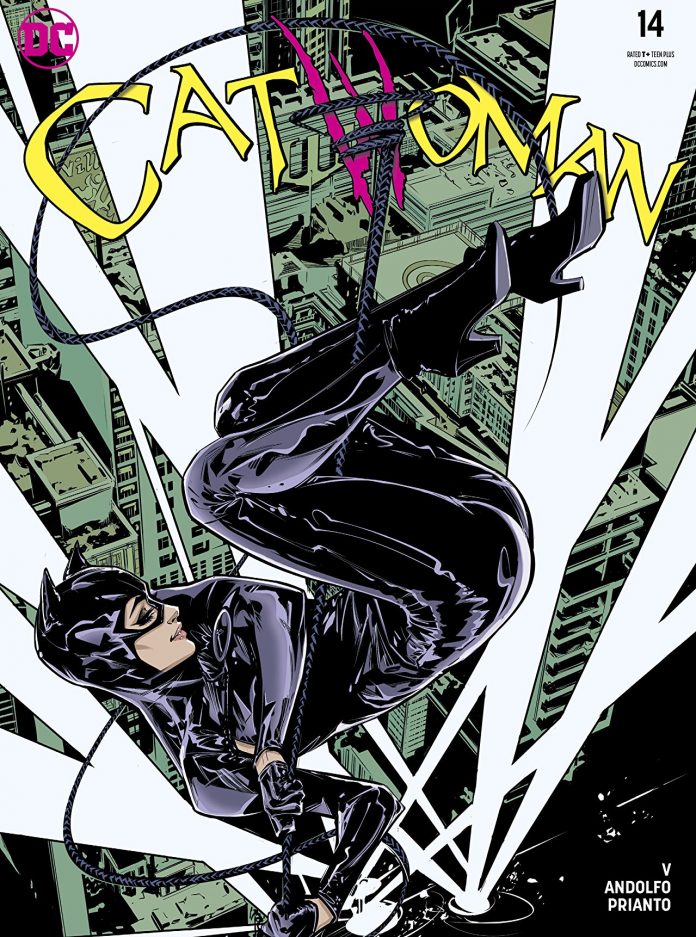 SYNOPSIS: A secret file out-lining the ins and outs of the criminal underworld of Villa Hermosa is on the streets, and every crook is after it. Whoever possesses this info can control everything, and some of the town’s hoods are even bringing in outside agents like Lock-Up and Gentleman Ghost to act as their champions—which, let’s face it, you’re going to need if you’re going to try to outsmart Catwoman. Making things even more dangerous for Selina Kyle, there is also a price on her head. If you can capture the database and kill the Catwoman, the payoff is double!

Karen Rain, wife of a recently-deceased accountant who cooked the books for the Villa Hermosa crime families has hired Selina to recover a file.  This cache of documents contains all of the off-shore account information for the city’s crime syndicate and it is being moved via armored transport that night!  Anyone who has the file in their possession has control of the city, but when Selina attempts to purloin the file, she discovers that there are more twists to the plot than were apparent at first…

Joëlle Jones takes a break from the writer’s chair this month and DC hands the reigns to comic book writer Ram V, who does a satisfying job of setting up a fun little narrative that will finish in next month’s issue.  Ram plays up Selina’s strengths while continuing to show her vulnerability after her split with Bruce.  The action is well-paced in this issue, and he makes good use of the characters (The Gentleman Ghost, Jim Craddock, makes a cameo), but one of the main villains looks (and has similar abilities to) the character Ghost in Marvel’s Ant-Man and the Wasp.  Pale gray suit, multiple red eyes, the ability to phase/disappear from view… the parallels are a little too strong, and that left me a bit disappointed.  But overall, I enjoyed the story and I’m looking forward to its conclusion.

And let’s chat about the artwork this month – I gotta say, this book is a real looker.  Mirka Andolfo is on art duty for the month, and she has a wonderfully distinct cartoony/manga style.  It’s highly stylized, and I really liked it a lot.  Character designs are fantastic, settings and perspectives are spot-on… what else can I say?  She killed it.  And colorist Arif Prianto throws down some powerful colors that, just like Catwoman, are vibrant, bold, and beautiful.  Sure, I’d always prefer the Jones/Allred collaboration on this title, but Andolfo and Prianto make everything look excellent this month in Catwoman.  You won’t be disappointed here.

Though I missed Joëlle’s distinctive voice this month, I have to say that I enjoyed her backups.  Ram, Mirka, and Arif make a great Catwoman team, and I’m looking forward to their collaboration in next month’s issue.  Give this one a try! – John Funderburg