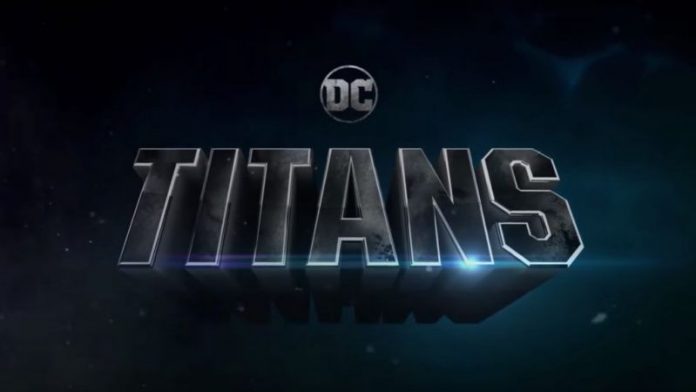 With Trigon defeated and the reveal that Slade Wilson (Deathstroke) is this season’s antagonist, episode 2 of TITANS begins to get into the core of what season 2 will be about.

While we already know about Slade, we now are introduced to his daughter, Rose.  She has silver hair and an eyepatch like her father, but that’s where the comparison ends.  The Titans see her on TV escaping a police chase, and Dick is immediately intrigued.  This is a callback to season 1 when he took it upon himself to care for Rachel.  He goes out to find Rose and take her back to Titans Tower, but she isn’t exactly happy about it.  Rose warns him that they all should be scared because “he” (meaning Slade) will find them and kill them all.

The older, wiser, more mature Dick realizes that he can’t go the same route he went with Rachel, so he calls the only person he knows who can give him advice:  Bruce Wayne.

Bruce reminds him that when he first introduced Dick to the Batcave he himself was the symbol of everything Dick hated and feared.  Dick ends the conversation asking Bruce if he could do it again would he do the same thing, to which Bruce unsurprisingly says that he wouldn’t change a thing.

This seems like a good time to talk about the crime-fighting duo of Starfire and Wonder Girl.  The storyline between Kory and Donna Troy is shaping up to be one heck of an arc.  We see them together in a stakeout van, eating donuts, and listening to Sister Sledge’s disco hit “We Are Family”.  The object of this stakeout is to find Shimmer.  Fans of the Teen Titans will know Shimmer as one member of the supervillain group, the Fearsome Five.  Seeing as she’s alone makes her an easy apprehension for Kory and Donna.  Afterward, Kory heads to the taco food truck to get some celebratory grub when she is met by another Thanagarian who has been sent to bring her back home.

On top of all of this, the “teen” Titans are back at the Tower and they are wondering what Dick’s intention with Rose is.  The group is concerned he’s just taking in randoms now.  Jason decides to use his Batcomputer access to run a trace on Rose and find out who she really is.  This is significant because Dick expects Jason to use his experience with Bruce to be more of a leader for Gar and Rachel.  This abuse of power probably won’t make Dick happy, so we’ll see next week how that turns out. – Eric Holzmann