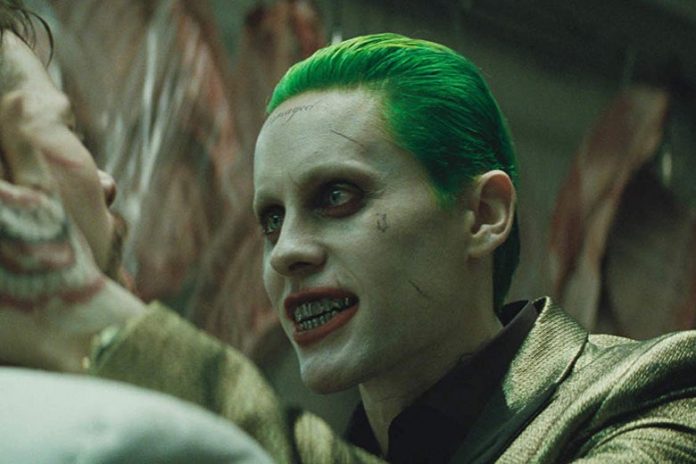 Let me preface this report by saying that I typically stay away from these kinds of topics, but I got an HBT — “Hot Batman Take” — on this whole deal.

According to THE HOLLYWOOD REPORTER, Jared Leto — who portrayed The Joker in 2016’s SUICIDE SQUAD — wasn’t happy with director Todd Phillips’ “Joker origin story” project that ended being JOKER and is currently kicking box-office ass across the globe.

You can read THR‘s article for yourself (and you should) but in short, Leto was butthurt over this solo Joker movie as he expected to be Warner’s Joker on film in several films going forward when he agreed to take the gig.  Thus, he bitched to his reps in hopes, allegedly, to get Phillips’ project killed before it ever got off the ground.

But you know what?  I don’t blame Leto one damn bit for getting his panties in a wad.

An actor of his stature didn’t need to take on the role of The Joker.  I guarantee you that he agreed to join the “DCEU” because he was promised that he’d be The Joker in several films — including a solo Batman film written/directed by and starring Ben Affleck.

With all that said, I don’t blame Warner Bros. for moving on from Leto’s Joker either.

While Joaquin Phoenix’s Joker will never show up in one of writer/director Matt Reeves’ Batman films, I’ll bet a year’s salary in MONOPOLY money that we’re going to see Mr. Reeves’ version of The Clown Prince of Crime in one of his Bat-movies, eventually (the finale of a trilogy, perhaps?).

Shouldn’t Matt Reeves be able to create his own version of The Joker — and choose the actor of his choice — that will fit in the cinematic Batman world he’s currently creating?

The answer is a resounding YES.

From where I stand, I get why Jared Leto’s Joker ass is chapped, and I 100% agree with Warner’s decisions to greenlight Todd Phillips’ solo film and move on from the Leto-Joker.

Jared Leto’s acting career will be more than fine going forward, and WB is moving in the right direction with DC on film (i.e. dumping the shared universe concept and focusing on making good, director-driven solo DC movies).

For the full story, click on the links provided. AND…

On a Joker-related note, stop trying to connect JOKER to what Matt Reeves is doing with THE BATMAN and subsequent sequels, please.

Also, Joaquin Phoenix’s Joker isn’t some “prototype Joker” that will ultimately inspire The Joker of Reeves’ films to become The Joker.