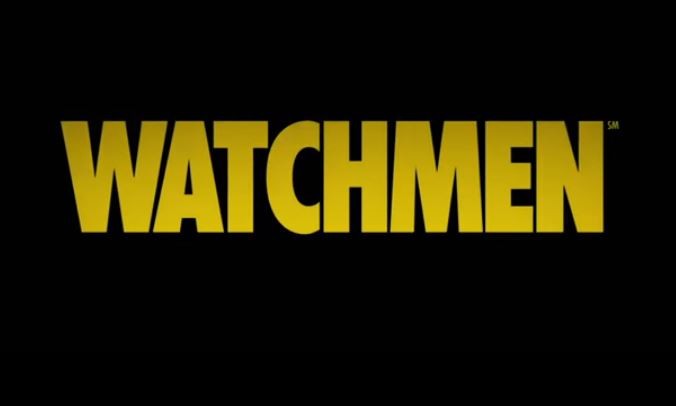 DC’s long-anticipated foray into the world of HBO is finally here in the form of the sequel we never knew we needed…or at least this casual Watchmen fan didn’t have a clue.

I’ve been an avid comic reader since age 8, and I remember trying to digest Alan Moore’s perennial graphic novel at what was; in hindsight, too young an age.  I didn’t quite understand what was going on, and mixed in with the occasional cape and tights was a lot of deep and layered subject matter that went right over the head of a 12-year-old.

As I’ve grown, I’ve re-read the graphic novel in preparation for Doomsday Clock (by the way, the show only acknowledges the graphic novel, so don’t expect to see Dr. Manhattan trading blows with Superman anytime soon), have seen Zack Snyder’s film adaptation, and as an adult, fully appreciate Moore’s brilliance when drawing parallels between superheroes and real-life issues, both personal and political.

Cue Damon Lindelof, who easily made me feel like I was 12 again.

If you’re a fan of Lindelof’s other endeavors like The Leftovers or Lost, you will know firsthand what a fan of leading you one way and then pulling the rug out from under you Lindelof is. How fitting that someone who has mastered the art of misdirection is given the task of creating a sequel to Watchmen, which is famous for being one of the first comic book stories where the roles of protagonist and antagonist are subjective to the reader’s point of view, though I’ll openly admit that I wouldn’t want to live next to someone who celebrates Ozymandias as the hero.

The show opens with a recreation of the Tulsa Massacre of 1921 that was one of the most heinous, racially motivated travesties in American history. The further through the episode I got, the more I realized how many parallels the show is drawing to our current society. I don’t want this review to turn into a political commentary, but to know the Watchmen lore is to know that it’s primary purpose is seemingly to critique our very real society by turning traditional superhero lore on its head.

In many ways, the first episode critiqued the extremes of liberal and conservative ideology alike, whether it was masked police having to be given permission to use their weapons, or white supremacists using Rorschach and his mask as the means to become a single, unidentifiable terrorist entity.

This opening scene was brutal and sets the stage for the rest of the episode by disorienting the viewer and leaving you having no idea what twist could come next. The episode does a fantastic job of baiting you into thinking you finally know what’s coming, only to leave your jaw on the floor.

Have I mentioned that misdirection is rampant in this show yet?

After a harrowing scene of a policeman being shot by a white supremacist in a Rorschach mask, we meet the only officer who doesn’t hide his face; Police Captain Judd Crawford, played by the ever-charming Don Johnson.

For all intents and purposes, Chief Crawford seems like an upstanding character. We see him back his officers and takedown white supremacists. We root for him until the credits roll and we don’t know what to think. I don’t want to spoil what happens to him, but needless to say, his true nature might be a stark contrast to how he was initially depicted.

I have a feeling we will find out more about the Chief’s skeletons — and the significance of a certain photograph — in future episodes.

For now, it appears Regina King’s Angela, a masked cop who leans more towards the vigilante role, wants to take that mantle. King gives a fantastic performance as a badass who is on an agenda to rid the world (or at least Tulsa) of white supremacy. The angle of police having secret identities is fascinating, and I can’t wait to see where they take this.

It’s another one of those concepts that seems farfetched at face value, but that you find yourself thinking is more plausible in our current society the more you digest it and see it unfold in the show.

While the show is far from a direct adaptation or even a direct sequel, we do see many of the same themes planting seeds to take root in future episodes. BUT, we also get some fun moments that directly tie into the original 12 issue story.

I was delighted, after seeing on a paper that Ozymandias was dead, to see the incredible Jeremy Irons playing what is almost certainly an older Adrian Veidt. Any ill will that Irons harbored at DC for associating him with the disaster that was Justice League (and to a lesser extent BvS) should be obliviated after his turn at Veidt and the accolades it should bring, assuming his performance from episode #1 perpetuates.

I think that I am most intrigued to see how he still retained his freedom after the events of the initial story, how he’s convinced the world that he’s dead, and overall, what his plans are.

We also see a brief glimpse of what I am assuming is satellite footage of Dr. Manhattan on Mars. Will John return to finish his standoff with Ozymandias? How large of a part will the characters from the original story play in this sequel? Most importantly, will Robert Redford make a cameo as a corrupt version of himself who’s been President for 28 years?

In summary, I am hooked. While I was delighted to have the opportunity to review Watchmen for Batman-on-Film (thanks Jett!), I really wasn’t sure what to expect, nor was I sure if my basic knowledge of the source material would prevent me from enjoying the show, or in the least being invested in it. I found the show to be intriguing, captivating, multi-dimensional, anecdotal, and most of all, exciting. It is always refreshing to see something fresh, especially in the comic book universe, and I can’t wait to see what Lindelof and his cast have in store.