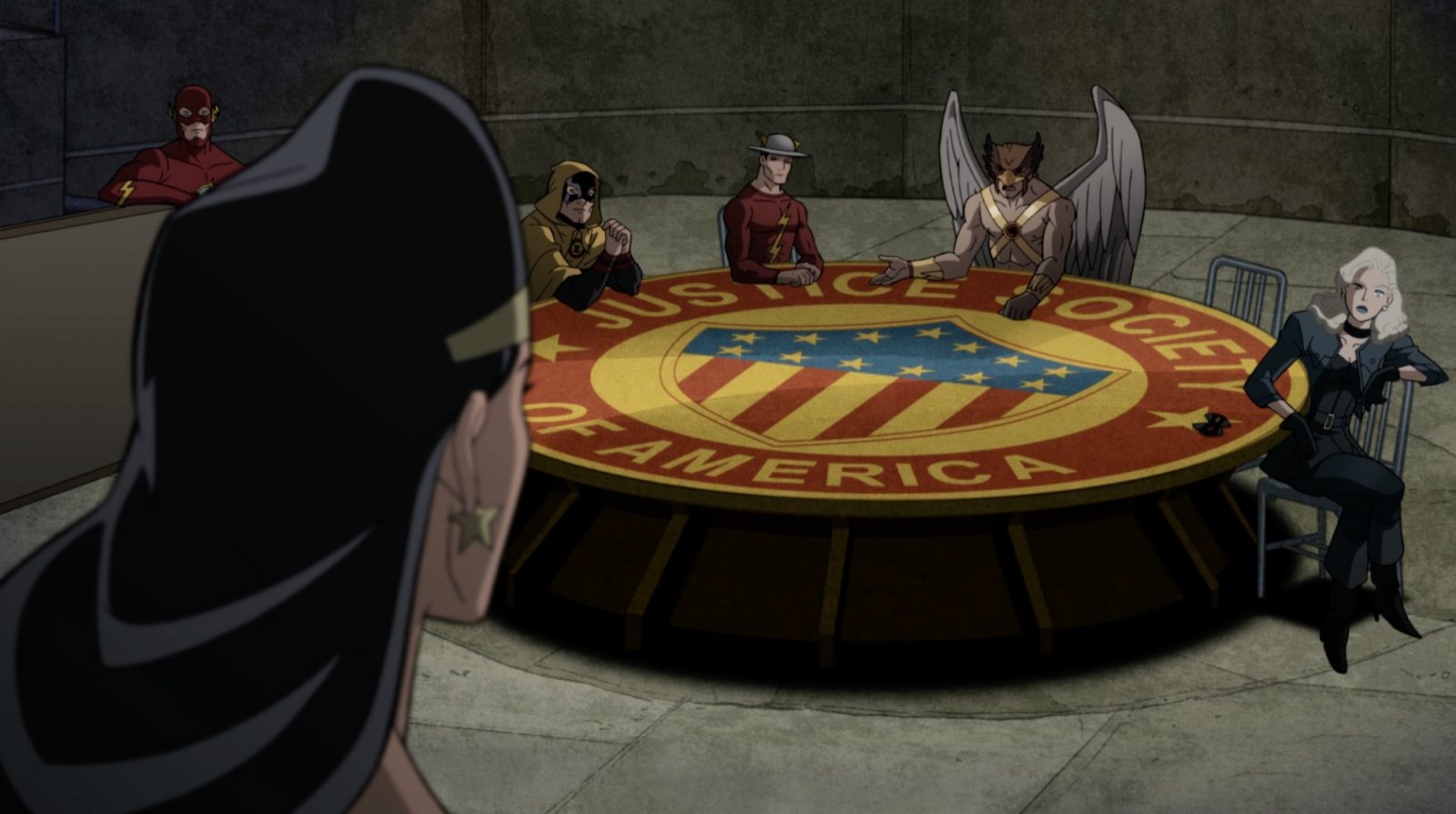 Warner Bros. Home Entertainment has provided BOF with a recap and video of the JUSTICE SOCIETY: WWII virtual panel that took place at WonderCon@Home this past weekend.  Per WBHE, the event “Celebrated the film’s upcoming release with a star-studded virtual panel that featured fascinating conversations, animated clips, still images, and some intriguing new information about the all-new film.”  Check it all out below! – Bill “Jett” Ramey

In case you missed it, the JUSTICE SOCIETY: WWII panel is available for viewing on WonderCon’s YouTube page (or the player below).

Some of the illuminating soundbites included:

Meghan Fitzmartin, co-screenwriter, on creating an ensemble film:
“I grew up following a bunch of superhero teams, like Justice League, and one of the things I always found fascinating was how a big ensemble group means you get to play off these different emotional pieces. If you were doing a film about one particular character, it’s only about their journey and how that one person is affected. Whereas with an ensemble group, while Wonder Woman is our leader and the driving force, you get to see how her decisions are affecting everyone else on the team, and all the emotional spaces that each of these characters are existing in.”

Jeremy Adams, co-screenwriter, also on the tricks to creating an effective ensemble film:
“As a viewer, you always want to have some sort of story arc for all the characters, and a reason for why they’re there. That way they’re not just watching inconsequential automatrons. That grounds the movie and anchors us in believing in the stakes and believing in the adventure that they’re going on. That’s always the challenge, and thank goodness we have Jeff (Wamester) and Butch (Lukic) that have a grand overview and can keep us all in our lanes.”

Butch Lukic, supervising producer, on which JSA characters made it into the film:
“Wildcat was always one of my favorites, but not every character fit. Green Lantern Alan Scott was one that didn’t necessarily work within this story, and Wildcat’s background is similar to Black Canary’s background. Plus having Barry Allen and Steve Trevor being part of this story kind of outweighed having the other characters. So it really came down to which characters best served this particular story. Hopefully, if there are future iterations of the JSA, we can include those other characters.”

Chris Diamantopoulos, the voice of Steve Trevor, on the collaborative process of an animated film:
“It’s a testament to the way this whole process is done that we were able to pull off an ensemble performance, and it certainly plays in the movie. The interplay between the characters, the comedy and the drama all plays so beautifully – and what’s especially astounding about that is we all recorded separately. It’s certainly a credit to the writing, because the story and dialogue was woven together so well, but really it’s a testament to Wes (Gleason) and Butch (Lukic), who directed us – they had such a smart way of making sure that each of our lines would weave into the next line. And it does. When you watch this film, it’s like we were all hanging out together for six months, and I wish we were!”

Matt Bomer, on relating to the Barry Allen journey:
“Having been through the past year, certain aspects of Barry’s journey really resonated with me. At the start of the film, he’s so distracted trying to balance a hundred different things. He’s kind of a workaholic – he just can’t let go of it, and over the course of the film, through Diana and Steve’s relationship, and through his experience with the Justice Society, he’s able to really relax enough to learn to enjoy the present moment. I would say if there’s a positive takeaway from the past several months, it’s that we’ve gotten to slow down and be with the people we love, and spend some quality time with them and not be distracted by hundreds of other things.”

Armen Taylor, voice of Jay Garrick, on his personal connection to the film:
“My grandfather loved the Golden Age era of comics, and he was in high school when World War II broke out. So I got him on the phone and he was like ‘Oh yeah, I read all of those,” and started relating his memories of all the characters. Getting to hear from one of the first people to consume these stories, and his impressions of the characters, helped me to understand the expectations of an original Jay Garrick fan – from seven decades ago. And that was cool.”