SYNOPSIS: After a battle with a rampaging robot, Superman enlists an unlikely ally to crack the code behind who sent it. He needs an intelligent technological genius, and that can only mean one person: Lex Luthor! 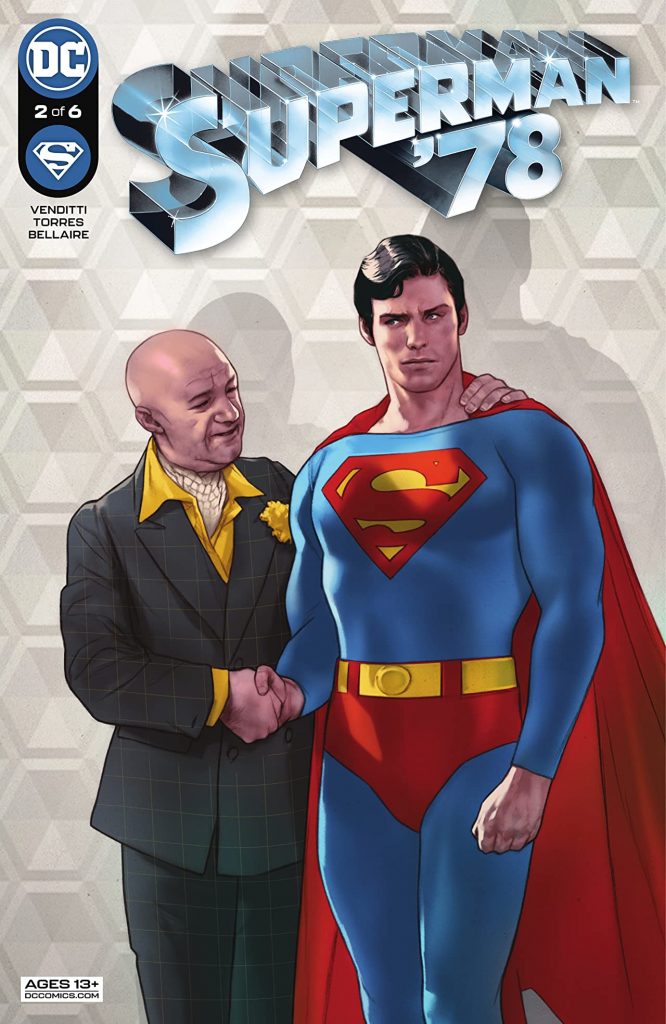 Writer Robert Venditti wastes no time introducing readers to the greatest criminal mind of our time, Lex Luthor, as he opens the second chapter of “Brainiac”! I challenge anyone to read the dialogue and not hear the magnificent Gene Hackman in their heads!

Lex is on parole and applying at Kord Industries, a subtle nod to a greater DCU that we didn’t get in the film series this is set in. Obviously, the legal system is far more lenient on this Earth, and Lex is trying to make his way amongst the “soggy simpletons”.

When Superman, who reassured the parole board that he would keep tabs on Luthor, gives the villain a chance to be a boon to society, Lex scoffs at him. Venditti nails Luthor’s characterization. He sees his “new lease on life” as a life sentence. That is until Superman asks for his help examining the defeated Brainiac drone from the last issue.

Things heat up as the real Brainiac arrives, along with more of his metallic drones! Brainiac provides his version of reassurance to the people of Earth, promising to save them from the contamination and doom the presence of the Last Son of Krypton will bring.

Here’s where you know you’re in the world of Superman ‘78. Instead of the modern-day viewpoint of Superman where there is a segment of the population that fears him, the citizens of Metropolis rise to his defense. It could have come off as cheesy, but Venditti walks that fine line well and I found it to be an uplifting moment in the book!

Torres continues to deliver a sense of fun with his art. Just like last time, it’s not so much an accurate likeness to characters as it is their essence. Superman postures like Reeves. Torres gets to have some fun with a more comic-accurate Lex when Luthor doffs his hairpiece after his interview. I’m still not feeling his Lois, but she acts in accordance with Kidder’s portrayal, dismissing Clark at the drop of a hat.

I don’t feel this was as strong as the debut issue, but it also has a shorter page count, which may be why it felt like such a quick read to me. It’s still an enjoyable throwback to a simpler world, but not one without danger. Reeve’s Superman just radiates goodness and decency. While it’s not a new concept, I enjoyed seeing Superman invest in rehabilitating Lex. Metropolitans fighting for Superman as he fights for them is inspiring and Brainiac makes for a challenging threat. With Luthor now intrigued by Brainiac, I’m looking forward to seeing how Venditti interprets the classic villainous pairing in the next installment! – Javier E. Trujillo

THE BATMAN-verse | THE PENGUIN HBO Max Spinoff Series Gets the...

INJUSTICE VS. MASTERS OF THE UNIVERSE #6 Review by Garret Grev