SYNOPSIS: Superman tries to assimilate into his new life in the bottled city of Kandor, but his heart lies elsewhere. Can Superman put his old life behind and find joy in what would’ve been his home, or can Lois Lane and Lex Luthor make contact with the Man of Steel and give him hope to return to his adoptive world? 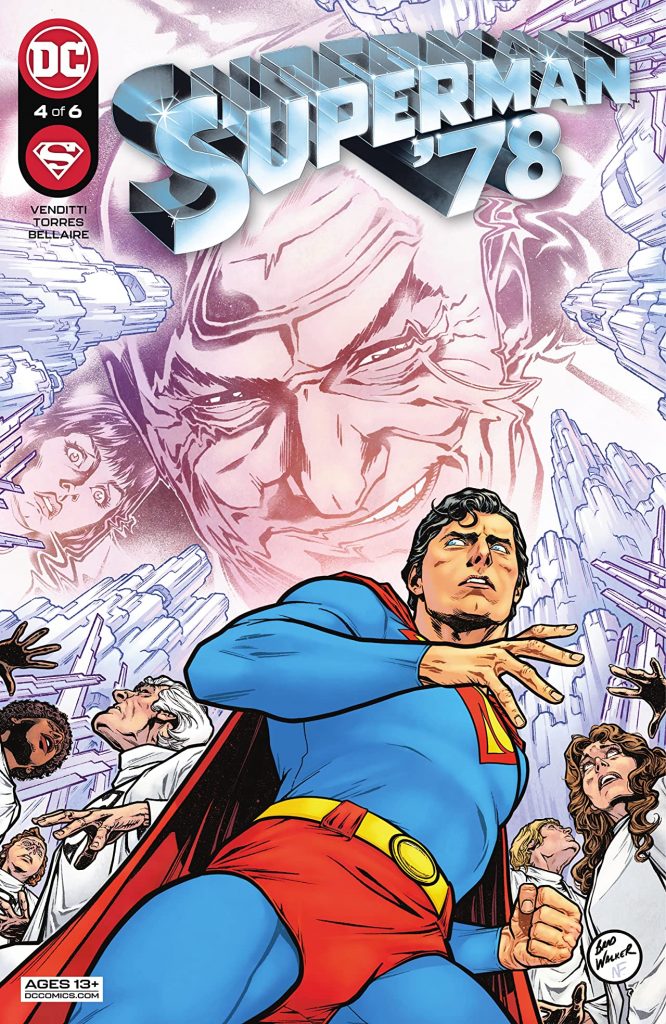 Writer Robert Venditti is four issues into his little tale and it’s safe to say he gets the world that Richard Donner created all the way back in 1978. He has a keen grasp on everyone’s behaviors and speech patterns, which is ably abetted by the art of Wilfredo Torres. What makes this series stand out is where he takes the characters and what insights arise from them.

Kal-El, raised to believe his world and family had died, has now been reunited with them in a way he didn’t think possible. This should be a dream come true for him, but it’s at the cost of his freedom, thanks to his imprisonment by Brainiac.

Now he gets to immerse himself with his people, learn their customs, and lead when his father stands down.

And it’s never made him more human.

While I think Christopher Reeve is magnificent as Superman, he’s never been my Superman. I’ve found it difficult to relate and connect with him compared to other iterations. Seeing his innate goodness is easy. Seeing his humanity, that has been hard for me. Freed from having to pretend to be something he’s not, this Kal-El just gets to be and what he is is one of us.

He feels he sticks out, he’s having to navigate social and political waters he’s unaccustomed to, and he can’t even drink out of a glass properly! As often as he gets painted with the Kryptonian brush, of being “other” on Earth, being amongst his people brings out the influence the Kents and Smallville had on him and I love every panel of it!

It also brings him into some small opposition with his birth parents when the opportunity arises to majorly change the status quo yet again. I certainly can’t fault the Els for their thinking, not wanting to lose that which they’ve recently gained. While they may be why Man of Steel has his powers, Venditti highlights the strength of character he got from the Kents that truly makes him Superman.

Clark’s connection to Lois also gets some focus. I still have a hard time buying this iteration’s romance, but the desperation in their situation makes it work a little better for me. The fact that Kal’s frustration gets him so worked up that he punches a crystal not only reveals his emotional state, but also clues you in that when it comes to his invulnerability, he’s not so super anymore. Torres’ art sells not his elation at seeing Lois again, but also his despondency when their connection gets cut off.

Lex plays a smaller, but no less crucial role in this issue. His haughtiness really brings out the Hackman in him, but even the “Greatest Criminal Mind” can be surprised, eliciting a small chuckle out of me when things don’t go exactly as planned. His smugness is kind of well-deserved as he may hold the key to freeing Superman and the Kandorians. The fact that Jor-El even calls him ingenious, which prompts a facepalm from his son, demonstrates that he can walk the walk when it comes to his criminal greatness.

For me, this is the strongest issue since its debut. Kal-El’s newfound vulnerability amidst his people makes him more endearing and highlights how much he values his time on Earth. Ironically, he is more of an outsider amidst the Kryptonians of Kandor than the citizens of Metropolis! Jordie Bellaire’s colors let the vibrancy of Superman’s costume stand out against the starkness of Kandor. Torres’ art is getting more confident in capturing the essence of each character and he even gets to embellish more on Brainiac’s transformation. As the stakes get raised by Luthor’s actions, it promises us quite a treat as we head to the conclusion! – Javier E. Trujillo