Soon — like in 1 week from the publication of this BOF Mailbag — we’ll finally be able to say… THE BATMAN is Coming this year!

If you missed the last installment of the Mailbag, CLICK HERE TO CHECK IT OUT.

Thanks for all your questions and let’s get to ’em! – Bill “Jett’ Ramey

Given the news that Bruce Wayne in THE BATMAN is inspired by Kurt Cobain, what would be the name of his band if he tried to pursue a career in music rather than crime-fighting?

Just heard the news about Keaton’s involvement in BATGIRL. Do you think it will be confusing since we know she will be the daughter of J.K. Simmon’s Commissioner Gordon and NOT the daughter of Pat Hingle’s Gordon…and even though she was Michael Gough’s, Alfred’s niece in BATMAN & ROBIN who was Keaton’s Alfred when Clooney played Batman in the Schumacherverse?

JETT SAYS: I had to laugh along with you when it comes to this question!  Nah, I don’t think the general audience will care and fans know how this sort of stuff works, so it won’t be a big deal.

What aspects of Pattinson’s Batman are you the most excited to see in the movie? I, for example,am very intrigued by how they will handle his relationship with Alfred

I don’t know if you are into action figure collecting, but what do you think of McFarlane stuff? 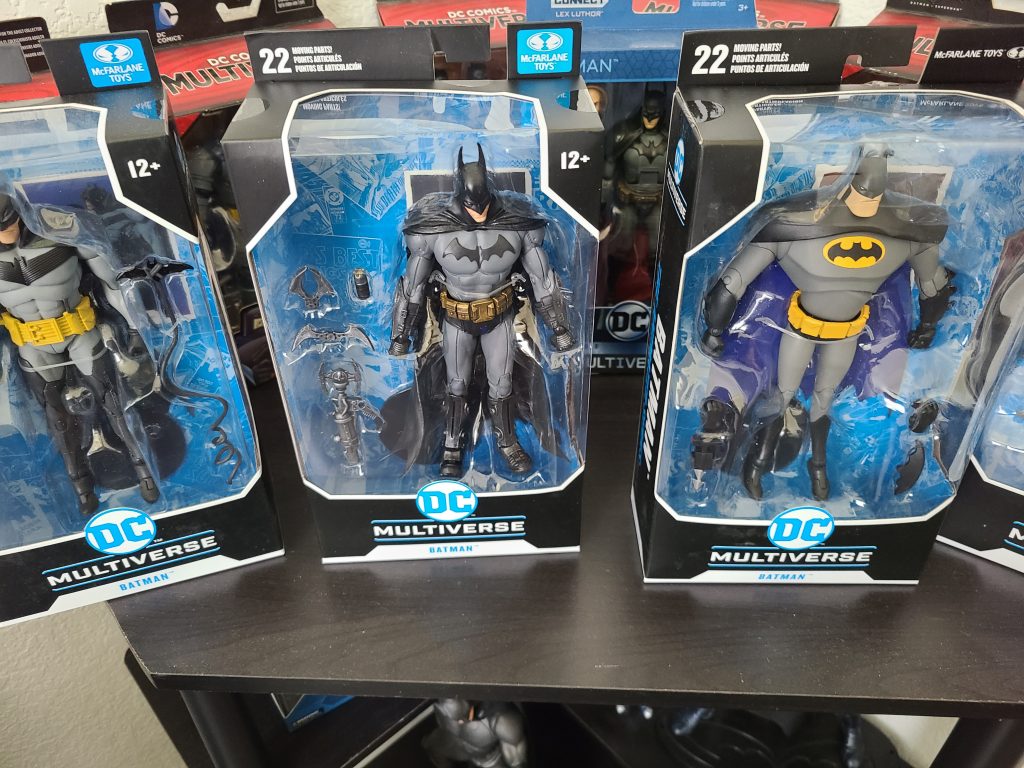 If, right after taking your seat to watch Matt Reeves’ ‘The Batman’, you could erase your memory of everything you know about the movie, to watch as clean as possible, would you do it? Thanks Bill for what you do. I love BOF’s site and podcasts! Merry Christmas. #BOFMailbag

JETT SAYS: Believe it or not, I’ve stayed pretty darn spoiler-free for THE BATMAN. There’s only one thing learned about it a while back that in hindsight I wish I had not.

What are the odds that we see a villain make their on-screen debut in the Reeves planned trilogy?

With Spider-Man: No Way Home getting a lot of positive reactions, do you see this movie making a billion dollars worldwide at the box office?

JETT SAYS: I’m no box office expert, but sure, it’s possible.  I really liked it a lot and I hope it does well because not only will that bode well for THE BATMAN, but for the movie and theaters business as well.

With Covid cases spiking up and THE BATMAN’s early March release date could you see Warner Bros possibly pushing this back again?

JETT SAYS: I *think* it’s currently a 2022 release on HBO Max.  I’m assuming that it’ll come after THE FLASH for obvious reasons.  But I think a 2023 release is more likely as well as it moving from the streamer to the big screen.  If that happens, it’ll be a 2023 release for sure.

I’m wondering if the multiverse aspect of THE FLASH will be seen by the general public as a sort of rip-off of NO WAY HOME even though they were both in development at around the same time?

JETT SAYS: I’m sure fans will claim that, even though it’s not the case.  As you pointed out, both were in development at the same time, so one didn’t rip off the other.  The bottom line is that if THE FLASH is good, people will see it and won’t care about the similarities.

Do you think anyone will emerge from THE BATMAN with Oscar buzz? And do you have a guess who it (or they) would be?

JETT SAYS: For an acting part?  Hmm…hard to say because the genre is still not held to the level of others.  I could see Robert Pattinson and Paul Dano get some Oscar run though.

While casting news for THE FLASH has been sparse, do we know yet anything about its villain?  I think the assumption is that it’s gonna be The Reverse Flash.

JETT SAYS: Yeah, that’s the assumption, but I’ve heard nothing so far about it being The Reverse Flash.  However, I have heard a few other things in regards to the villain(s), but currently have to keep quiet on that.  I think we’re all in for some surprises on that front.

Do you think there is even the slightest chance of The Batman not ending with one or several villains/antagonists dead? Not counting Carmine Falcone, because that’s kind of his thing.

JETT SAYS: Yes because while THE BATMAN is a standalone film, they are also world-building.

Do you think we can expect the same level of “fan service” in terms of cameos and nostalgic cast members from THE FLASH as we got in NO WAY HOME? If not, is this a mistake given the success of the latest SPIDER-MAN?

JETT SAYS: Well, I think we’ll get some of that with THE FLASH — Michael Keaton’s Batman is basically the second lead in the film!  What’s different about TF from NWH is that it’s rebooting the entire “connected” DC on film universe as opposed to simply resetting things just for one character.

Any idea when tickets will go on sale?

Marketing for THE BATMAN is really picking up steam. Do you think WB will run something during the Super Bowl?

JETT SAYS: I’ve been saying months — basically from the moment it got moved to March 2, 2022 — that WB just HAS to have a Super Bowl spot for THE BATMAN.  The film’s release is literally like 2 weeks after the Big Game. To me, it’s a no-brainer.

Jett, think we’ll ever see the Mad Hatter on film or is he just too ‘comic booky’?

JETT SAYS: I think there’s a way to do it, but it’s REALLY dark — someone who preys upon children — and maybe that’s too much even for a “dark and serious” Batman movie.

How many times do you think you will see THE BATMAN in theaters? Including IMAX?

JETT SAYS: Oh man, probably 5 or 6…and then I’ll watch the hell out of it for years via home video/streaming.

When will we get more info about Gotham PD?

JETT SAYS: I believe the showrunner, Joe Barton, said the script is done and is now in the hands of WB/HBO Max.  I suspect it’ll be something that will get going in 2023.

I was thinking about this after finishing Book 3 of BATMAN: THE IMPOSTER. I’m curious if it bothers anyone else when Batman wins in the end but never really bests/beats the snot out of the villain, even though they’ve had a scene or are more engaged in combat.

JETT SAYS: No, not at all.  Remember, the entire premise of BATMAN: THE IMPOSTER is “What if Batman was real?”  I won’t spoil the ending and the final battle between Batman and the villain, but I will say that in terms of the story’s premise, it makes more sense with Batman not delivering an all-around ass-whoopin’.

We know that Keaton is the dceu Batman going forward after the flash, but who will be Superman? Is WB telling us without telling us? Could it be Brandon Routh since he’s Christopher Reeves version of the character? pic.twitter.com/R6CBGLexig

JETT SAYS: I don’t know if they’ll go down the SUPERMAN RETURNS route again and thus, I doubt they bring back Brandon Routh (though frankly, I wouldn’t hate the idea).  What I think will happen is at some point, they’ll reboot Superman on film — though they may give it THE BATMAN treatment, so to speak, with it being its own thing.  Of course, they could reboot and have the new Superman be part of the “connected” DC on film world.  Either way, I do believe Superman will get a reboot and return to the big screen…someday.