As a result, I got to thinking…what are the best musical “Batman Themes” of all time?

Not songs or individual pieces of music via a soundtrack, but something specifically made to represent The Dark Knight on film, TV, etc.

Since I’m one of the world’s greatest authorities on Batman in the Multiverse (see what I did there?), I’m going to give y’all the ultimate top 10…in honor of #Batman80.

Well, at least Batfleck got his own Batman theme, right?

With that said, it’s not bad; the vibe it gives definitely fits the burned-out, cruel, murdering A-hole Batman we saw in BvS. 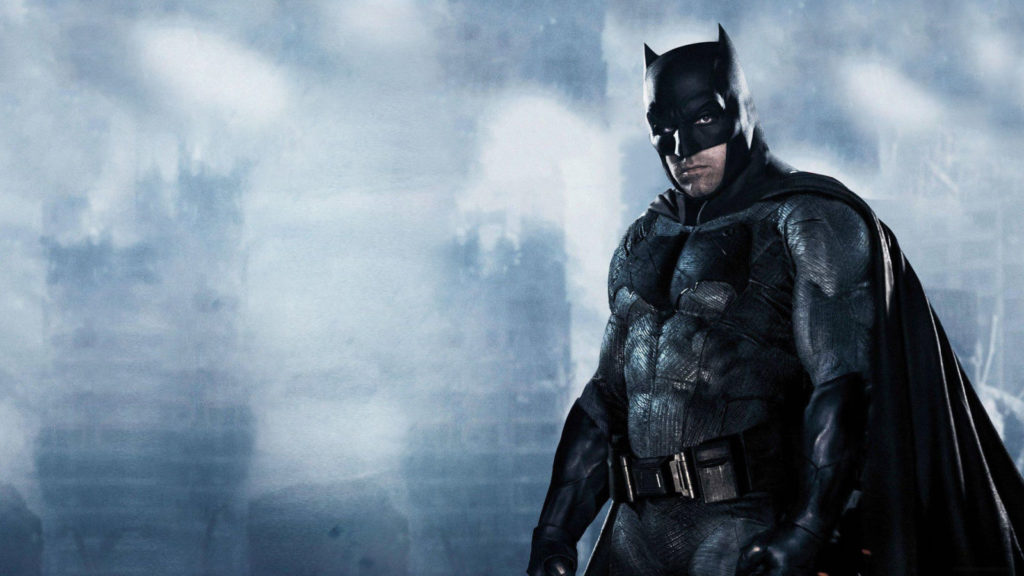 Unfortunately, this show was given a sh*ty time slot — Saturday mornings — and it should’ve been on CARTOON NETWORK in primetime on a Friday night…you know, like BATMAN: THE BRAVE AND THE BOLD.

I find BEWARE THE BATMAN to be a tremendously underrated animated Batman TV series. I wish it had been given at least a second season as it’s “Batman World” was really starting to come together.

If you’ve never watched it, I recommend that you give it a look.

9) “Opening Theme” from THE BATMAN (The Edge)

Though it had a strong 5-year run, THE BATMAN caught a lot of flack and was tremendously underrated.  It also had a very cool opening theme composed by The Edge from U2.  I have no idea why it was replaced by an inferior theme after season 2.

I was — and still am — a HUGE fan of this animated series.  The music from its opening segment totally represents the tone of the show — techno-ish and futuristic…

I really like this music and have since I first heard it back in 1995.

It’s dark, very “Batman,” and easy to hum…or get stuck in your head…

6) Opening Theme from BATMAN: MASK OF THE PHANTASM (Shirley Walker)

I still get chills whenever I hear this music.

The only reason I don’t have it in the top 5 is that it originates from somewhere else. So stay tuned on that.

Oh yeah, lest I forget…

BATMAN: MASK OF THE PHANTASM is still one of the greatest Batman movies of all time.  And I can proclaim that because I’m one of the foremost authorities on Batman in the Multiverse (see what I did there?).

Well, there you go…the bottom 5 of my top 10 best “Batman Themes” of all time.

Stay tuned for the top 5.  Let me know what you think of this list and how you think I’ll rank ’em at the top.  AND…

THE BATMAN | Robert Pattinson Teases “A Fun Little Thing” at...