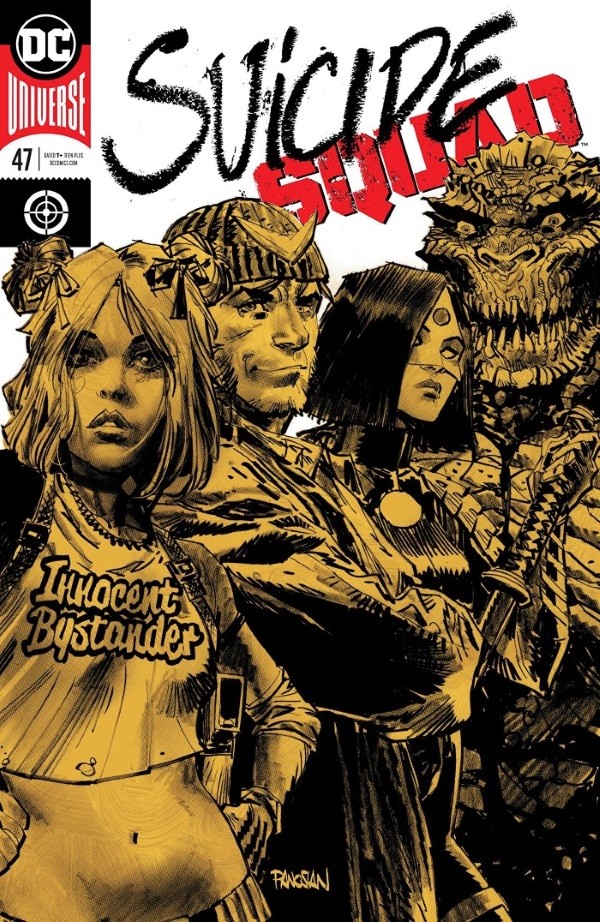 SYNOPSIS:  While the rest of the Suicide Squad is busy with their undersea exploits in Atlantis, Amanda Waller ships Captain Boomerang down under on a mission to save his home country! Someone’s planted nukes all across Australia, and it’s up to Boomerang to hunt them down with an old friend from the Australian Secret Service. It’s one last mission as Captain Boomerang: Agent of Oz, and he’s got a license to give a bloke a right kicking!

Captain Boomerang is one of the more fun members of the Suicide Squad, so anytime a story revolves around him I am usually all about it.

This is not one of those times.

Writer Rob Williams is continuing the sort of side series he has going on with Captain Boomerang and his “Agent of Oz” storyline.  It’s a very James Bond kind of tale except it’s much less serious and much more, well, Captain Boomerang.  The story centers on “Digger Harkness” and his former Australian Secret Service “mate”, Mel, having to go to the motherland and save it from the Bunyip, who has planted nuclear bombs all over Australia.  Nobody knows exactly what the Bunyip is, but the joke is it’s a swamp creature that kind of resembles Big Foot.

Of course, you have the usual humor and hijinks that comes along with Captain Boomerang, but we also get insight into his past.  Williams gives us a look into what made him the supervillain he has become and it’s pretty telling.  Anytime you can get a glimpse at someone’s motivation for doing what they do we grow to understand them better.

The main issue I had with this book is the character development for everyone not named Captain Boomerang.  We never learn much about Mel and his relationship with Harkness.  There are other characters that are also mentioned that drive the plot but we really don’t have much use for them.  That being said, there is a plot twist that revolves around the Bunyip’s identity that is interesting and closes the arc very nicely.

Fans of Captain Boomerang and the Agent of Oz storyline will probably enjoy the story, but I did not.  With the rest of Task Force X still trying to Sink Atlantis back under the sea, this felt like something they threw together because they had a deadline to meet and didn’t know what they wanted to do.  It’s not without its moments, but it’s also not something I plan on reading again. – Eric Holzmann