“What’s going on with Matt Reeves’ Batman movie and when’s it coming out?”

I literally get that question via email daily.

Currently, Reeves is still at work and it in the “script polish” phase.  I can not confirm or deny that there are other people assisting him.  In August, I reported that Reeves does have a small team in place to work on the film and is heading towards preproduction…or at least pre-preproduction. 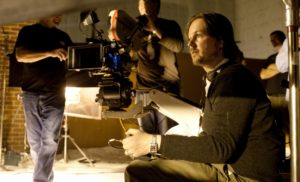 In other words, they are very actively working on it.

Well, as we’d say down here in Texas we’re fixin’ to find out!

Now that Thanksgiving has come and gone and Christmas and New Year are only a few weeks out  I do not expect any official news regarding THE BATMAN between now and then.  But starting in January of 2019, things will begin to get interesting.

RELATED: THE BATMAN Means BOF Will Be Getting It’s Groove Back On!

If Reeves starts active preproduction early next year and begins filming, before the end of June, there’s a half decent chance that it’ll drop into theaters in 2020. 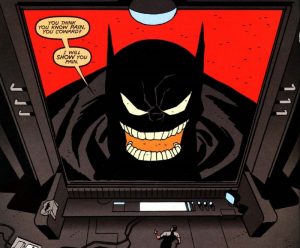 Back on point, I think that if filming starts in the latter part of the Summer or later in 2019, a 2020 release might be off the table simply due to logistics.

However, the doesn’t preclude THE BATMAN ending up as a November/December 2020 release for Warner Bros.

Currently, WB has two DC films scheduled in 2020: BIRDS OF PREY (which is essentially a “Batman Family” movie) in February and the aforementioned WONDER WOMAN 1984 in early June.

Would they want to drop a solo/standalone Batman movie during the holiday movie season instead of Batman on film’s traditional June/July slot?  Maybe (but they shouldn’t because it needs to be a Summer release).

Personally, I’m thinking a 2021 release (as a Summer release, hopefully), is the most likely scenario at this point.  OR…

They could wait until 2023 and release it to coincide with BOF’s 25th anniversary!

The first half of next year is going to be interesting when it comes to Batman on film watching.  Stay tuned to BOF for all the details! – Bill “Jett” Ramey