In another edition of BOF’s “Mt. Rushmore of Batman” series, here’s a list of the top 4 Batman comic book writers of all-time.

Yeah, this was a tough one and I’m sure many will disagree with my choices

Finally recognized as the co-creator of Batman — one of the most iconic (THE most?) iconic and popular comic book characters in history — wouldn’t exist without this man.

Batman’s cowl, cape (rather than wings), the name “Bruce Wayne” for Batman’s secret identity, “Gotham City” for Batman’s hometown, the Batcave, The Joker (with Jerry Robinson) and Batmobile, and much, Much, MUCH more were all created (or co-created) by Bill Finger.

As the synopsis of the book BILL THE BOY WONDER: THE SECRET CO-CREATOR OF BATMAN says…

Every Batman story is marked with the words “Batman created by Bob Kane.” But that isn’t the whole truth. A struggling writer named Bill Finger was involved from the beginning. Bill helped invent Batman, from concept to costume to character. He dreamed up Batman’s haunting origins and his colorful nemeses. Despite his brilliance, Bill worked in obscurity. It was only after his death that fans went to bat for Bill, calling for acknowledgment that he was co-creator of Batman.

The “dark and serious” Batman that we’ve known since 1969 is mainly due to Denny O’Neil.

The very first thing Mr. O’Neil did as a Batman writer was to send Dick Grayson/Robin off to college (in BATMAN, Vol. 1, #217) and make “The Batman” a creature of the night as he was originally envisioned by Bob Kane and Bill Finger in 1939.

Mr. O’Neil was arguably the first Batman writer to explore Batman and other Batman character’s psychology in stories like “There Is No Hope in Crime Alley” (DETECTIVE COMICS #457).

Not only did Denny O’Neil return Batman to his roots, but he also did the same with The Joker with “The Joker’s Five-Way Revenge” in BATMAN, Vol. 1, #251.

Before that story, The Joker was generally portrayed as a harmless prankster.  But O’Neil once again made him a sociopathic killer.

And he was DC Comics’ longtime Batman comics editor as well!

While responsible for some, well, “suspect” Batman stuff — ALL-STAR BATMAN AND ROBIN and THE DARK KNIGHT STRIKES AGAIN come to mind immediately — Frank Miller is also the man behind two absolutely classic and important Batman comic book stories in BATMAN: YEAR ONE and BATMAN: THE DARK KNIGHT RETURNS.

Both (and in the case of TDKR, on the comic book genre as a whole) have had a huge and immeasurable impact/influence on The Dark Knight for over a generation — not only in comics, but all media incarnations of Batman (i.e. BATMAN ’89, BATMAN BEGINS).

Hell, Mr. Miller probably deserves to be on this Mt. Rushmore just for these words…

“Ladies. Gentlemen. You have eaten well. You’ve eaten Gotham’s wealth. Its spirit. Your feast is nearly over. From this moment on…none of you are safe.” 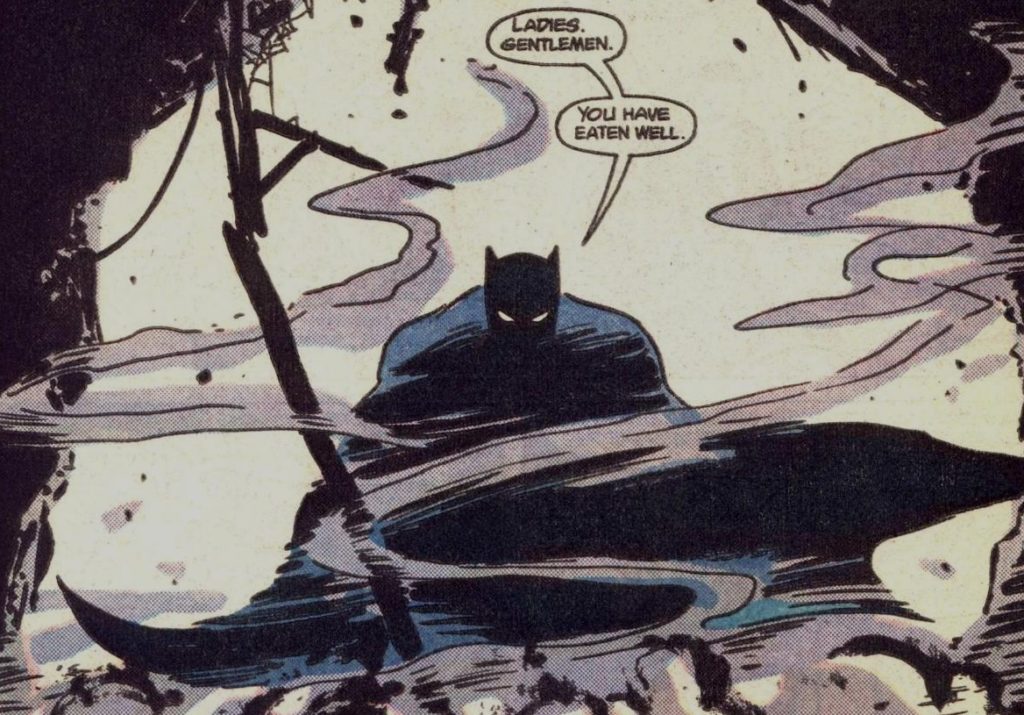 First, a disclaimer: I am not a big fan of Grant Morrison’s take on Batman…overall, at least.

With that said, his 6-year run on BATMAN, BATMAN AND ROBIN, THE RETURN OF BRUCE WAYNE, and BATMAN, INC., is indeed legendary and influential despite my personal misgivings.  The idea that every single thing that happened in Batman comics from 1939 (when Batman first debuted) to 2006 (when Morrison started writing BATMAN) was definitely out of the box, inspired thinking.

However, that run isn’t the only thing that makes Morrison Batman Mt. Rushmore-worthy.  There’s also the graphic novels ARKHAM ASYLUM: A SERIOUS HOUSE ON A SERIOUS EARTH and BATMAN: GOTHIC, as well as his characterization of Batman during his JLA run.

Would Morrison be on my personal Mt. Rushmore of Batman writers?

But doing my best to be objective — and for bringing back The Batman of Zur-En-Arrh — I felt I had to put him on it. 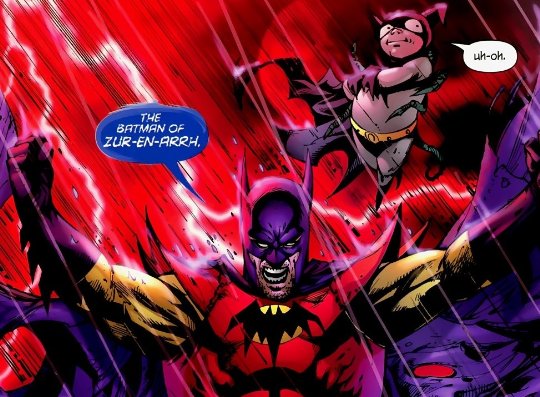 There are too many to name and there’s an argument to be made for each to replace one of the aforementioned gentlemen.  But here are a few…

Who would be on your Mt. Rushmore of Batman Comic Book Writers?  Post your’s in the comments section below! – Bill “Jett” Ramey