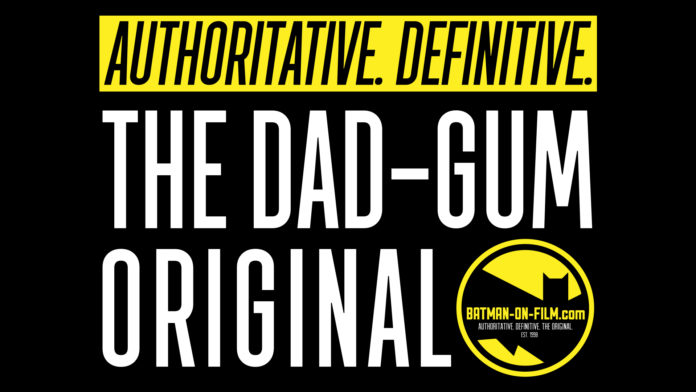 For the first time in (almost) 20 years, BATMAN ON FILM has received a major upgrade and been given a significant facelift.  Yeah, yeah, yeah – I know. But better late than never, right?  ANYWAY…

As of right now, only the most recent stories are found on 2.0.  However, (almost) everything ever posted on the old site is still assessable via “Old School BOF.”  Also, as we go forward, I will be migrating some of the most important posts (i.e. my coverage of THE DARK KNIGHT TRILOGY) from OSBOF to 2.0.


Honestly, I feel like its 1998 – the year that I founded BATMAN ON FILM – all over again in many ways.  I and the rest of “Team BOF” are very excited about this new chapter in the site’s history!

And to all the great BOF’ers out there, THANKS for being with me all these (almost) 20 years! – Bill “Jett” Ramey & Team BOF

BATMAN AND THE OUTSIDERS #4 Review by E. Chad Metz