SYNOPSIS: “Abyss” part three! The new Batman Inc.’s heinous crimes have landed them in a high-security prison. Batman believes the only way to help his old allies is to break them out…but they don’t want his help! Meanwhile, Batman Inc.’s mysterious benefactor uses the chaos to enact their plans, but finds themselves lost in the dark against Abyss! Backup: The mysterious disappearances being investigated by Maps and Batman take a violent turn…Could this missing persons case be something much darker? 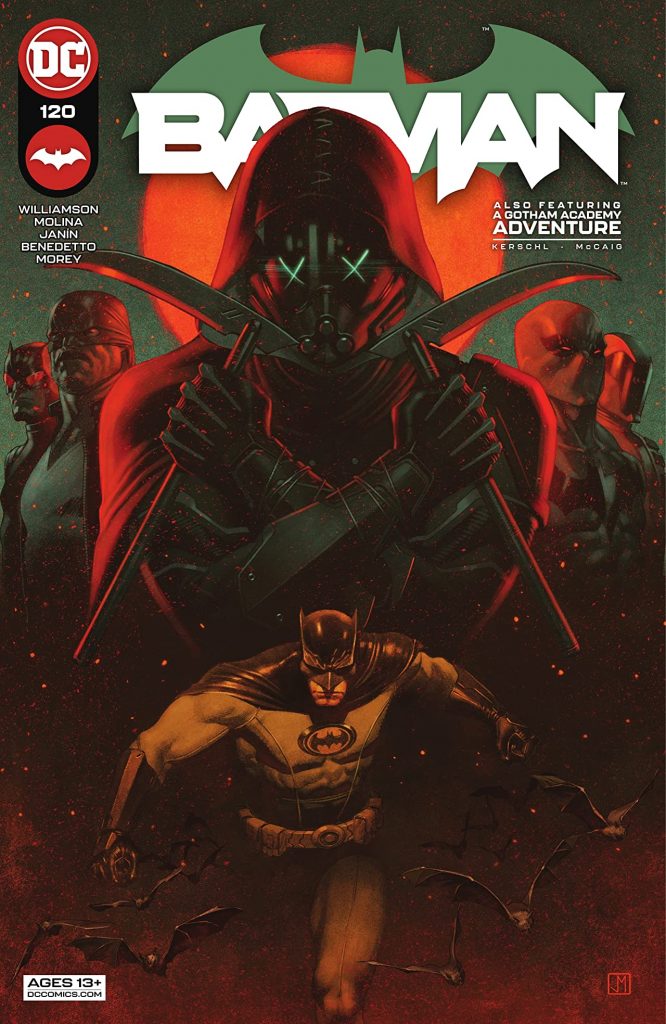 Josh Williamson’s first arc is nearing the end in the pages of BATMAN this month. The story of the new villain Abyss, his connection to Batman, Inc., and how Lex Luthor fits into it all comes to a head in this new issue, leaving the final chapter of this arc with some high expectations to stick the landing.

I’ll come right out with it; I really like this story. Williamson’s first issue was borderline perfect (for me), the second featured an awesome fight with Abyss, and here we get some really good reveals on the story. Everything is snapping together and leaves us wanting more. I think Williamson (DC’s hottest writer right now) has come into a struggling title and simply elevated it in every way. Batman is our star, involved in a cool story, with different elements that build on each other. Well done.

The art continues to be top-notch as well. Jorge Molina and Mikel Janín split the duties here, and it gels so well. It seems like there’s an uncanny ability to make sure we get Batman in shadow most of the time, which totally works. I’m also unaware of the effect in their coloring, but there’s a sort of shading added in as well, that also nails the vibe of this story. This duo is creating some great Batman imagery, which is a must for a successful Batman story. I love it.

Overall, BATMAN #120 is another great chapter in this new arc. There’s mystery, action, revelations, and a nice hook for next month’s finale. Not many new villains make an impression, but I think we’ll be in the Abyss for a while. – Ryan Lower

Bruce Wayne Has Been Cast…in TITANS