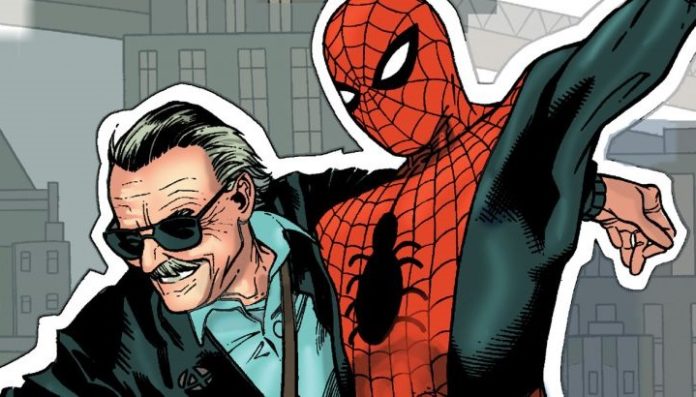 Stan Lee, the co-founder of Marvel Comics and many of its iconic characters, has passed at the age of 95.

The news has been confirmed by The Hollywood Reporter.

I’ve always have been a “DC Guy,” but there were — and are — two Marvel characters that were co-created by Mr. Lee that I loved right up there with DC characters: Spider-Man and The Hulk.

Mr. Lee did dabble in the DC Universe with a line of comics under the “Just Imagine” banner.  In fact, there’s a JUST IMAGINE STAN LEE’S BATMAN which features Mr. Lee’s take on, well, Batman. 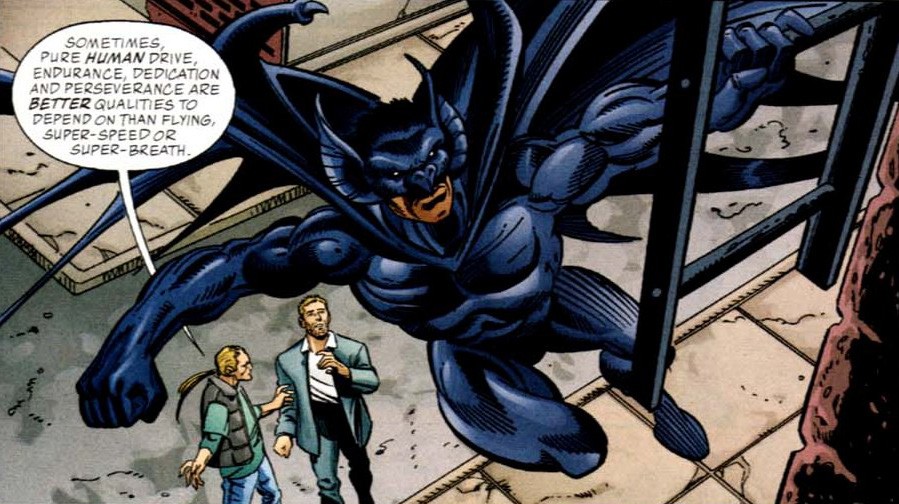 Personally, I don’t know what to say other than what a GREAT life this man had…and one that touched literally millions of people in a positive way.

PS: I reached out to BOF’s good friend Michael Uslan — who was a close to Mr. Lee — and here’s his wonderful eulogy for his friend…

On this terribly sad day, you would be the first one to tell me to celebrate rather than mourn.

So I celebrate You.

Let me start with the what you achieved in comic books and for comic book readers.

I knew the name and signature “Stan Lee” before I ever knew the name “Marvel.” Growing up in the 1950s, so many stories in so many comic books I read, even those I picked up in flea markets going back decades, had that name scrolled somewhere in the opening panels or splash pages. I knew I liked any comic book story by Stan Lee, even when I naively thought these comic books were published by a company called “MC” which was stamped in a little rectangular box on each cover or by a company called Magazine Management which name I spied at the bottom of each inside cover or first page. It wasn’t until the publication of “Marvel Tales Annual” #1 that I actually saw your picture and finally had the following answer to my long-burning question, “Yes, Virginia, there IS a Stan Lee!”

A casual reader of the Marvel monster, western, war, spy, and humor comics of the 1950’s and early 60’s, I became a Marvelite with Fantastic Four and Hulk #1’s. By the themes you incorporated in your super-hero works, I grew up confident not only that good will ultimately triumph over evil, that teamwork will lead to success, that “gumption” will see me through hard times, that belief in myself will be the path to achieve my goals, that brains can always defeat brawn, but also (and most importantly), that if I lived by the ethics and morals modeled for me by your super-heroes, I could be as good and upright a person as Spider-Man or Thor or the others. For that, Stan, and speaking for entire generations of readers, I owe you a big thanks in a way that nearly matches my thanks to my parents and teachers and religious leaders who tried to convey the same precepts to me… only they could never do so in the entertaining and effective way you were able to do through the magic of your comic books stories.

And you didn’t desert me when I grew older and went to high school and on to college. In the tumultuous 60s and 70s, my philosopher king was not Plato or Aristotle but became the Silver Surfer. Through your pen, his observations and clarity as he reflected on man and life on earth influenced my own thinking and personal philosophy and increased my sensitivity toward the planet and the people on it. The only other philosophic look at life and human behavior that impacted, influenced and inspired me to this degree was Stan’s Soapbox. Through that medium, you did far more than plug the next Marvel comic book. You very often made me think, and in the process made me feel like you were talking to me personally on those pages. Everyone I know who was a Marvel reader in that era feels the same way to this very day.

What about what you did for me personally in life?

I was 7 when I read my first Marvel/Atlas comic book and saw the signature “Stan Lee” scrawled sidewards in a panel on the first page. That was the moment you became my idol.

I was 13 when I read in a fanzine that if a fan mailed you a stamped, self-addressed envelope along with a typed interview with space for you to answer after each question, you would respond. I still have that interview with all your hand-written answers. That was the moment you became my mentor, introducing me to the history of Marvel and the comic book industry.

I was 16 when I met you for the first time after hearing your talk at Phil Seuling’s NY ComiCon. That was the moment you became my inspiration.

I was 20 when you called me at Indiana University to congratulate me for teaching the world’s first college-accredited course on comic books, offering to help me in any way. That was the moment you became my friend.

I was 36 when you and Margaret Loesch signed me to create the fourth segment of the syndicated animated Marvel Universe TV series, Commander Video. That was the moment you became my creative boss.

I was 49 when I approached you to join me at DC Comics to create your Just Imagine comic book series. That was the moment you became my creative partner.

You have always remained my idol, mentor, inspiration, friend, and role-model.

You have changed the world, entertained so many generations, impacted the American and world cultures, and inspired legions of youth while positively influencing their own forming moral and ethical codes. You have elevated the American comic book and all graphic story-telling from its years of denigration by society to a respected art form that has taken its rightful place in the world’s great art museums, galleries, and universities. You have created a new, modern-day mythology that will live on in the traditions of Homer, Aesop, Grimm, and Walt Disney. And you have accomplished all this with integrity, honor, and humanity toward your fans.

I cannot begin to just imagine what this world would have been like without the magic of Stan Lee.

You have been celebrated around the earth by people who love and respect you…people like me.

And so, as we approach Thanksgiving this year, in addition to giving thanks for my parents, my wife, my kids, and my brand-new granddaughter, I plan on giving thanks for Stan Lee and the blessing he has been for so many generations of comic book readers through his gift of the printed word which entertained us but also inspired us to be the best we could be.

As Ralph Waldo Emerson said, “To win the respect of intelligent people and the affection of children; To earn the appreciation of honest critics and endure the betrayal of false friends; To appreciate beauty, to find the best in others; To leave the world a bit better… To know even one life has breathed easier because you have lived. This is to have succeeded.”

Stan, you were the most successful man I’ve ever known.