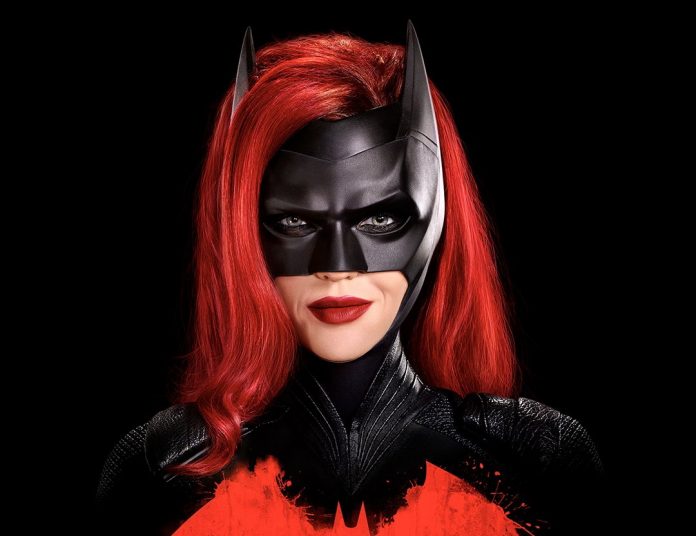 BATWOMAN SYNOPSIS:  Three years after billionaire philanthropist Bruce Wayne and his vigilante alter-ego Batman disappeared, his cousin Kate Kane sets out to overcome her demons and become a symbol of hope by protecting the streets of Gotham City as Batwoman.

Batman-On-Film.com was at the New York Comic Con panel interviews for the new Arrowverse show, BATWOMAN, airing on Sunday nights at 8PM ET on The CW.  Rachel Skarsten, who plays Beth Kane/Alice, and Meagan Tandy, who plays Sophie Moore, took some time out of their busy schedules to sit down with the press and answer a few questions about their roles.

Question 1:  Do you identify with the character of Alice at all?

Rachel Skarsten:  When I first got the part, I told all of my friends about it and they all said “Oh you’re so perfect for this part!”, which at first was flattering but then I was thinking ‘Wait a second!  She’s insane!’…  so I guess not a lot, but it provided a particular challenge for me, because within a paragraph she’ll change 5 different ways and 5 different emotions, and she’s written that way, which I love, but it’s almost like doing a dance with myself, so I have to take time to choreograph that for myself.

Question 2:  Did you take a deep dive into the comics for this role?

RS:  Yes!  DC was great in providing all of the comics for the cast to read up on and gain familiarity with our characters.  I have always been a Batman fan, but I really didn’t know much about Batwoman at all, so being able to read about not only my character, but Kate as well, was really helpful for me in preparing to play Alice.

Question 3:  This isn’t your first foray into the DC world, having also played Black Canary on Birds of Prey.  What was it like jumping back into the comic book character world?

RS:  It’s been awesome!  The first time around I got to play a hero, and this time I am playing a villain, and any actor will tell you playing a bad guy is much more fun!  (Laughs)  No seriously I loved playing Dinah, and to be able to once again bring another one of the great DC characters to life has been a blessing.

Question 4:  Your character is a military school graduate.  Did you have any military training to prepare for the role?

Meagan Tandy:  It’s mostly been stunts, but the training has honestly been the best part!  It’s not specific military training, but our stunt training team every other week will bring us together and teach us boxing skills.  I mean, I now know how to dropkick someone!  We do have a military guy who does come on set who shows us how to hold a gun or how to stand, but we haven’t had any specific military training somewhere else.

Question 5:  How does it feel joining this large established DC Universe on The CW?

MT:  It feels really good!  It’s very exciting, but there’s also a lot of pressure too, because the DC fans are very passionate, and we don’t want to let them down.  The thing is even though it’s based off the comics, this is the CW’s version as well.  So they’re crossing the both of those and you just hope the cross is amazing and the people will love it!

Question 6:  Does Sophie have her own nemesis on the show or are you specifically just working with the Crows?

MT:  Hmmm… I can’t really speak to your first question, but it’s possible there’s a main nemesis for Sophie.  As for your second question, Sophie is generally working just for the Crows out there trying to protect the elite in Gotham.  It gets a little hairy at times because with Batman missing for three years, everyone has been relying on the Crows, and now here comes Batwoman thrown into the mix, so there will be some confrontations there as well.

Question 7:  How would you describe the set of Gotham City compared to the other Gotham City sets we’ve seen?

MT:  Oh my gosh!  I was a HUGE Batman fan, so booking this has been mindblowing.  Being in our world of Gotham, stepping on to the Batcave, I freaked out!  I was so excited!  And we recently just filmed in Chicago and we were in front of the would-be Wayne Tower, and I literally froze in my space!  We are taking many of the backdrops and set pieces you’ve seen in other Batman shows and movies and incorporating them into our show.  That’s the cool thing about this.  We have our sets, but we also have sets you’ve seen before and can relate to.

Stay tuned to BOF for all of our BATWOMAN coverage! – Eric Holzmann