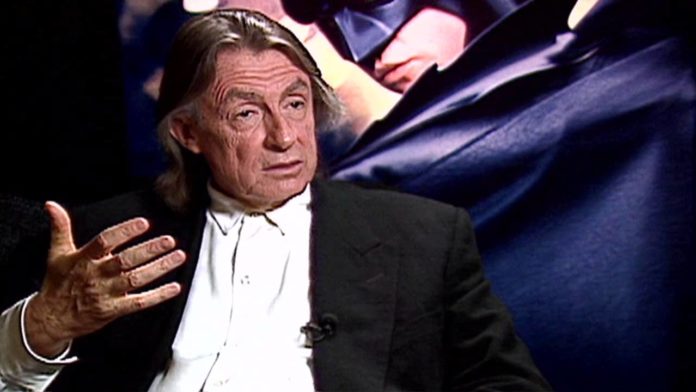 Warner Bros. has announced that Joel Schumacher – the director of BATMAN FOREVER and BATMAN & ROBIN – is being brought on board Matt Reeves’ standalone Batman film as a senior consultant.  Schumacher will receive an executive producer credit.

“Joel oversaw the production of the most successful soft-reboot of a comic book movie franchise ever in BATMAN FOREVER,” said Walter Hamada, the president of DC Films at Warner Bros.  “We’re beyond excited to have Joel return to Warner Bros. and Batman to assist Matt Reeves in soft-rebooting the Batman film series,” Hamada continued. “This was a no-brainer move for us.”

“I’m thrilled to return to the world of Batman,” said Schumacher.  “I never thought it would happen after BATMAN & ROBIN, so I look at this as an opportunity to redeem myself.”

Warner Bros. views a soft-reboot of Batman on film the best way to move forward with the franchise instead of starting over from scratch or continuing with the BATMAN v SUPERMAN/JUSTICE LEAGUE continuity.

“Joel Schumacher is a legend here at Warner Bros.” said Toby Emmerich, president of Warner Bros. Pictures.  “I’m very happy that Joel has come home to the Batcave, if you will.”

“FALLING DOWN, THE LOST BOYS, and BATMAN FOREVER are some of my favorite films,” said writer/director Matt Reeves.  “I welcome Joel’s input and I’m looking forward to working with him on Batman.”

One of the duties that Emmerich and Hamada have tasked Schumacher with is overseeing who will play Batman in Reeves’ film.  Officially, Ben Affleck is still attached to the role; however, his Batman on film future is iffy at best.

“Look, I got rid of [Michael] Keaton,” said Schumacher, “if I’ve got to get rid of [Ben] Affleck, so be it.”  He continued, “I also know a thing or two about casting Batmen – I did it twice!”